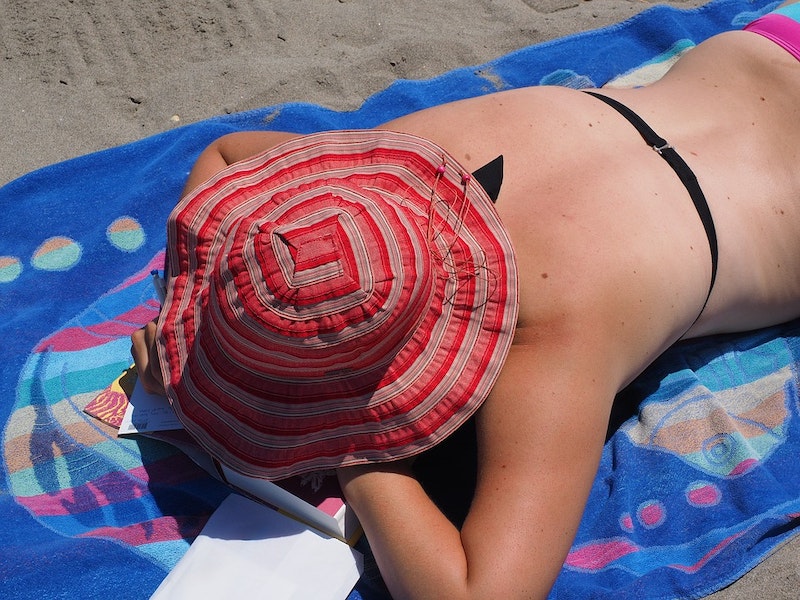 A University of Arkansas for Medical Sciences (UAMS) research team led by Vladimir Zharov, Ph.D., D.Sc., has demonstrated the ability to detect and kill circulating tumor cells (CTCs) in the blood using a noninvasive device called Cytophone that integrates a laser, ultrasound and phone technologies. For more information see the IDTechEx report on Digital Health 2019: Trends, Opportunities and Outlook.
This device is 1,000 times more sensitive than other methods at detecting of CTCs in the blood of patients with melanoma, a deadly form of skin cancer. The Cytophone also has shown the ability to detect CTCs even when the tumor is not identifiable on the skin, either because too small (known as the T0 or TX stage) or after surgical removal, and then to destroy them without harming surrounding blood cells.
The team's findings titled "In Vivo Liquid Biopsy using Cytophone Platform for Photoacoustic Detection of Circulating Tumor Cells in Melanoma Patients" were published in the June 12 issue of Science Translational Medicine, a prestigious scientific journal published by the American Association for the Advancement of Science.
"The only methods that are available to detect CTCs are mainly based on drawing blood from the patient. An average blood sample taken from a patient consists of only a few milliliters, which may or may not contain any CTCs. In contrast, the Cytophone can monitor a person's entire five-liter blood supply, potentially locating every CTC in it. No needle is used, and no blood is removed," said Zharov, a professor in the UAMS College of Medicine Department of Otolarynology-Head and Neck Surgery.
The portable Cytophone platform is based on a principle called in vivo photoacoustic flow cytometry, a technology that uses laser pulses to penetrate through intact skin and into blood vessels to monitor circulating abnormal cells and other disease-associated biomarkers. The published research describes the first demonstration of noninvasive detection of CTCs directly in the bloodstream of melanoma patients. When a melanoma CTC passes the laser beam into the vessels, the laser pulses heat the natural melanin nanoparticles in these cells. The fast thermal expansion of these nanoparticles then generates a sound that is detected using an ultrasound transducer attached to the skin.
The research team demonstrated that the advanced software with fast signal processing algorithms makes Cytophone data tolerant to skin pigmentation and motion that led to the identification of CTCs in 96% of the patients in between 10 seconds and 60 minutes without generating false positives in the controls at the established thresholds and current detection limit of five CTCs in five liters of blood. Researchers found that the device not only discovered CTCs in advanced stage patients, but also revealed the presence of CTCs in the patients with early Stage 2 disease.
"With the Cytophone, we can listen to the laser-triggering sound from each individual cell in the body. CTCs could be one of the best early metastasis markers, because obviously only viable CTCs can create deadly spread of the disease," said Zharov, who also serves as director of the Arkansas Nanomedicine Center and holds the Josephine T. McGill Chair in Cancer Research at UAMS.
This technology also has demonstrated the ability to destroy the detected CTCs, resulting in a large drop in CTC numbers and preventing spread of the disease to other parts of the body, known as metastasis. Thus, the Cytophone may be able to serve as a theranostic platform by integrating both diagnostic and therapeutic capabilities using the same laser to detect and kill the cancer cells right in the bloodstream. The Zharov team also demonstrated the Cytophone performance for the identification of cancer-related blood clots, which is the second leading cause of death among cancer patients.
"We are developing the robust, easy-to-use portable and wearable Cytophone versions with advanced small lasers, which will be available for cancer clinics across the country to start a multi-center clinical trial involving more melanoma patients. Our goal is to determine whether Cytophone-based early diagnosis combined with destroying CTCs is effective as a stand-alone treatment or in combination with conventional therapies in preventing or at least inhibiting metastasis," said Zharov.
Zharov's team first also demonstrated the ability to detect non-pigmented CTCs by injecting a cocktail of magnetic and gold nanoparticles with a special biological coating into the bloodstream. Breast cancer-related clinical trials are in progress that takes into account successful preclinical trials using this technology previously published in the journal Nature Nanotechnology.
Other applications for the Cytophone in label-free mode could include detection of sickle cells to prevent sickle cell crisis, detection of clots to prevent stroke, and selection of the most effective drug through monitoring of circulating disease-associated markers count decrease.
Zharov's research is supported by the National Institutes of Health, including an R01 grant from the National Cancer Institute, and the National Science Foundation, among others.
Source: University of Arkansas for Medical Sciences
top image: Pixabay
Learn more at the next leading event on the topic: Healthcare Sensor Innovations USA 2020

This is awesome for cancer patients. I have lost friends and family to this horrible illness. How long before multi-clinical trials? Thanks for sharing. Oscar