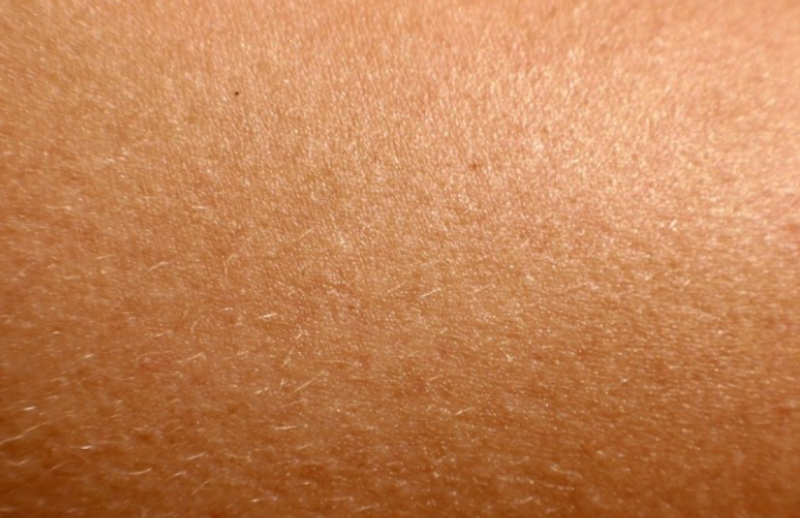 Whether from regular use, overuse or abuse, every device is bound to develop cracks at some point. That's just the nature of things. Cracks can be especially dangerous, though, when working with biomedical devices that can mean life or death to a patient.
A new study from a Binghamton University research team uses the topography of human skin as a model not for preventing cracks but for directing them in the best way possible to avoid critical components and make repairs easy. The study, published in the journal Scientific Reports, is led by Guy German, an associate professor for biomedical engineering in the Thomas J. Watson School of Engineering and Applied Science, and PhD student Christopher Maiorana.
For the study, Maiorana engineered a series of single-layer and dual-layer membranes from silicone-based polydimethylsiloxane (PDMS), an inert and nontoxic material used in biomedical research. Embedded into the layers are tiny channels meant to guide any cracks that form - which, when part of a biomedical device, would give more control over how the cracks form. Potential damage could go around critical areas of flexible electronics, for instance, increasing its functional lifespan. For more information see the IDTechEx report on Bioelectronic Medicine 2019-2029.
"In this relatively new field of hyperelastic materials - materials that can really stretch - there's been a lot of work, but not in the area of fracture control," German said. "Fracture control has only been explored in more brittle materials." For more information see the IDTechEx report on Flexible, Printed and Organic Electronics 2020-2030: Forecasts, Players & Opportunities.
What's particularly important, Maiorana and German said, is having PDMS as the basis for the flexible membrane, since it is known for its wide variety of uses. The study also integrates other common materials.
"We do it without using any exotic material," Maiorana said. "We're not inventing some new metal or ceramic. We're using rubber or modifying normal glass to do these things. We've taken this really basic idea and made it functional."
German's ongoing research on human skin made him realize that the outermost layer - known as the stratum corneum - exhibits a network of v-shaped topographical microchannels that appear to be capable of guiding fractures to the skin. This study began with the idea of recreating this effect in nonbiological materials. Previous attempts to direct microcracks have utilized more solid means, such as copper films around the most sensitive parts of flexible electronics components.
"Even though this membrane looks and feels exactly like a normal, boring membrane," he said, "you stretch it and you can get cracks to deviate at 45-degree angles away from where it ordinarily would have cracked. I think it's pretty cool."
Because of the long fabrication period for the membranes, Maiorana often would spend a week to produce one and then tear it apart in a matter of seconds - only to start all over again with the next one. He credited the increasing precision of additive manufacturing and its ability to print ever-smaller features for making the production of the membranes possible.
"Chris was designing his own fabrication systems to make these substrates," German said, "because he had to 3-D print a mold and then use this clever system to control the depth of these canyons in the substrate. It's really technically challenging."
Maiorana added: "There is a certain level of art to it. You think there's an entire scientific process, and there is, but part of it is that you've done this process before and you know what it's supposed to look like."
This study, German said, furthers the quest of biomedical engineers to learn from what nature has already perfected. "It doesn't matter how good an engineer you are - evolution thought of it first," he said. "Evolution always wins."
Source and top image: Binghampton University
Learn more at the next leading event on the topic: Healthcare Sensor Innovations USA 2020