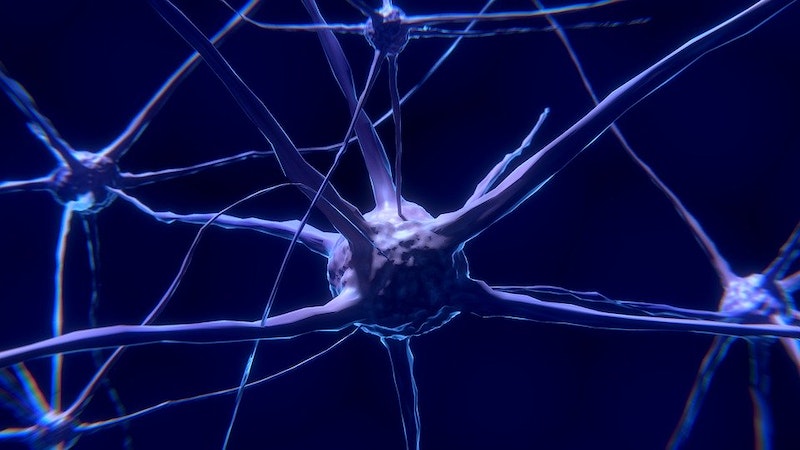 Researchers have replicated the electrical properties of biological neurons in semiconductor chips. Their technology could help repair the damage caused by conditions like heart failure and Alzheimer's.
With its promise to bring new insights into the diagnosis and treatment of conditions as varied as cancer, cardiovascular and neurodegenerative diseases, bioelectronic medicine is now in the spotlight. Bringing together various fields like biochemistry, molecular medicine, neuroscience, immunology, electrical and mechanical engineering, computer science and mathematics, bioelectronic medicine focuses on electrical signalling in the nervous system. For more information see the IDTechEx report on Bioelectronic Medicine 2019-2029.
Researchers in this field are already using such information to create biomedical devices delving into complicated neural networks. However, developing artificial neurons has been difficult due to the challenges of complex biology and hard-to-predict neuronal responses. A team of scientists supported by the EU-funded CResPace project has addressed exactly this challenge.
The team has designed artificial neurons on silicon chips that precisely mimic real, living nerve cells responding to a range of stimulations. Their findings were published in the journal 'Nature Communications'. "Our approach combines several breakthroughs, which open new horizons to neuromorphic engineering from programming analogue computers to soft bioimplants."
Ideal for medical implants
A press release by CResPace project coordinator University of Bath summarises the findings of the study. "Critically the artificial neurons not only behave just like biological neurons but only need one billionth the power of a microprocessor, making them ideally suited for use in medical implants and other bio-electronic devices."
The press release states: "Artificial neurons could repair diseased bio-circuits by replicating their healthy function and responding adequately to biological feedback to restore bodily function. In heart failure for example, neurons in the base of the brain do not respond properly to nervous system feedback, they in turn do not send the right signals to the heart, which then does not pump as hard as it should."
It further underlines the challenges involved with creating artificial neurons and explains how the scientists have overcome these. "The researchers successfully modelled and derived equations to explain how neurons respond to electrical stimuli from other nerves. This is incredibly complicated as responses are 'non-linear' - in other words if a signal becomes twice as strong it shouldn't necessarily elicit twice as big a reaction - it might be thrice bigger or something else."
Quoted in the same press release, lead author Prof. Alain Nogaret from the University of Bath says: "Our work is paradigm changing because it provides a robust method to reproduce the electrical properties of real neurons in minute detail." He adds that the team is "developing smart pacemakers that won't just stimulate the heart to pump at a steady rate but use these neurons to respond in real time to demands placed on the heart - which is what happens naturally in a healthy heart. Other possible applications could be in the treatment of conditions like Alzheimer's and neuronal degenerative diseases more generally."
The CResPace (Adaptive Bio-electronics for Chronic Cardiorespiratory Disease) project that supported the study is scheduled to end in December 2021. A key application of the technology developed by the project involves adaptive cardiac resynchronisation that relies on small neural networks known as central pattern generators (CPGs). These neuronal circuits control several functions like respiration and heartbeat, and the coordination between muscles responsible for swallowing. The project implements CPGs with physical hardware to replicate natural control of heart rate and resynchronise heart chambers. Project partners hope CResPace will extend and improve patients' quality of life.
Source: CORDIS
Top image: Pixabay
Learn more at the next leading event on the topic: Healthcare Sensor Innovations Europe 2020

Energy Harvesting for Electronic Devices: Latest Situation
AI: State-Of-The-Art and Commercialisation Status in Diagnostics
Could Vertical Farming be the Solution to Supermarket Supply Problems
Wearable For Patients With Type 2 Diabetes