Seeing Through the Skin to Measure Blood Glucose 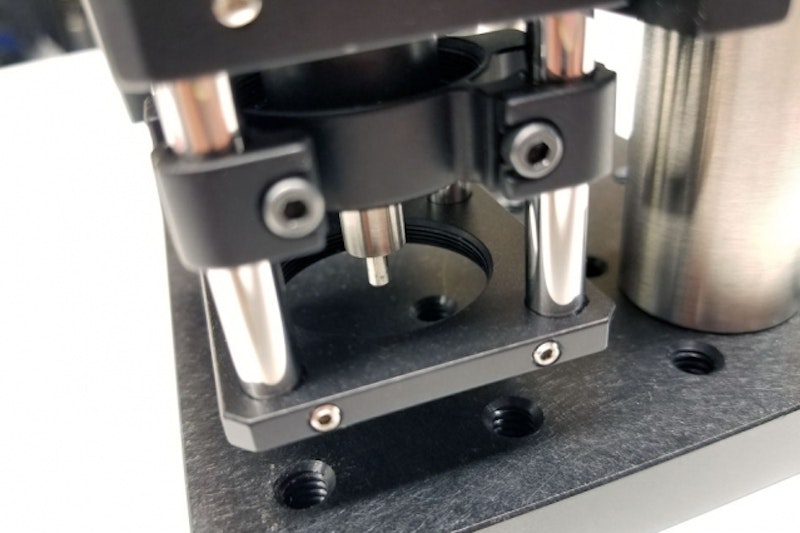 Patients with diabetes have to test their blood sugar levels several times a day to make sure they are not getting too high or too low. Studies have shown that more than half of patients don't test often enough, in part because of the pain and inconvenience of the needle prick.
One possible alternative is Raman spectroscopy, a noninvasive technique that reveals the chemical composition of tissue, such as skin, by shining near-infrared light on it. MIT scientists have now taken an important step toward making this technique practical for patient use: They have shown that they can use it to directly measure glucose concentrations through the skin. Until now, glucose levels had to be calculated indirectly, based on a comparison between Raman signals and a reference measurement of blood glucose levels. While more work is needed to develop the technology into a user-friendly device, this advance shows that a Raman-based sensor for continuous glucose monitoring could be feasible, says Peter So, a professor of biological and mechanical engineering at MIT. For more information see the IDTechEx report on Technologies for Diabetes Management 2019-2029: Technology, Players and Forecasts.
"Today, diabetes is a global epidemic," says So, who is one of the senior authors of the study and the director of MIT's Laser Biomedical Research Center. "If there were a good method for continuous glucose monitoring, one could potentially think about developing better management of the disease."
Sung Hyun Nam of the Samsung Advanced Institute of Technology in Seoul is also a senior author of the study, which appears in Science Advances. Jeon Woong Kang, a research scientist at MIT, and Yun Sang Park, a research staff member at Samsung Advanced Institute of Technology, are the lead authors of the paper.
Seeing through the skin
Raman spectroscopy can be used to identify the chemical composition of tissue by analyzing how near-infrared light is scattered, or deflected, as it encounters different kinds of molecules.
MIT's Laser Biomedical Research Center has been working on Raman-spectroscopy-based glucose sensors for more than 20 years. The near-infrared laser beam used for Raman spectroscopy can only penetrate a few millimeters into tissue, so one key advance was to devise a way to correlate glucose measurements from the fluid that bathes skin cells, known as interstitial fluid, to blood glucose levels.
However, another key obstacle remained: The signal produced by glucose tends to get drowned out by the many other tissue components found in skin.
"When you are measuring the signal from the tissue, most of the strong signals are coming from solid components such as proteins, lipids, and collagen. Glucose is a tiny, tiny amount out of the total signal. Because of that, so far we could not actually see the glucose signal from the measured signal," Kang says.
To work around that, the MIT team has developed ways to calculate glucose levels indirectly by comparing Raman data from skin samples with glucose concentrations in blood samples taken at the same time. However, this approach requires frequent calibration, and the predictions can be thrown off by movement of the subject or changes in environmental conditions.
For the new study, the researchers developed a new approach that lets them see the glucose signal directly. The novel aspect of their technique is that they shine near-infrared light onto the skin at about a 60-degree angle, but collect the resulting Raman signal from a fiber perpendicular to the skin. This results in a stronger overall signal because the glucose Raman signal can be collected while unwanted reflected signal from the skin surface is filtered out.
The researchers tested the system in pigs and found that after 10 to 15 minutes of calibration, they could get accurate glucose readings for up to an hour. They verified the readings by comparing them to glucose measurements taken from blood samples.
"This is the first time that we directly observed the glucose signal from the tissue in a transdermal way, without going through a lot of advanced computation and signal extraction," So says.
Continuous monitoring
Further development of the technology is needed before the Raman-based system could be used to monitor people with diabetes, the researchers say. They now plan to work on shrinking the device, which is about the size of a desktop printer, so that it could be portable, in hopes of testing such a device on diabetic patients.
"You might have a device at home or a device in your office that you could put your finger on once in a while, or you might have a probe that you hold to your skin," So says. "That's what we're thinking about in the shorter term."
In the long term, they hope to create a wearable monitor that could offer continuous glucose measurements.
Other MIT authors of the paper include former postdoc Surya Pratap Singh, who is now an assistant professor at the Indian Institute of Technology; Wonjun Choi, a former visiting scientist from the Institute for Basic Science in South Korea; research technical staff member Luis Galindo; and principal research scientist Ramachandra Dasari. Hojun Chang, Woochang Lee, and Jongae Park of the Samsung Advanced Institute of Technology are also authors of the study. The research was funded by the National Institutes of Health, the Samsung Advanced Institute of Technology, the Singapore-MIT Alliance Research and Technology Center, and Hamamatsu Corporation.
Source and top image: MIT