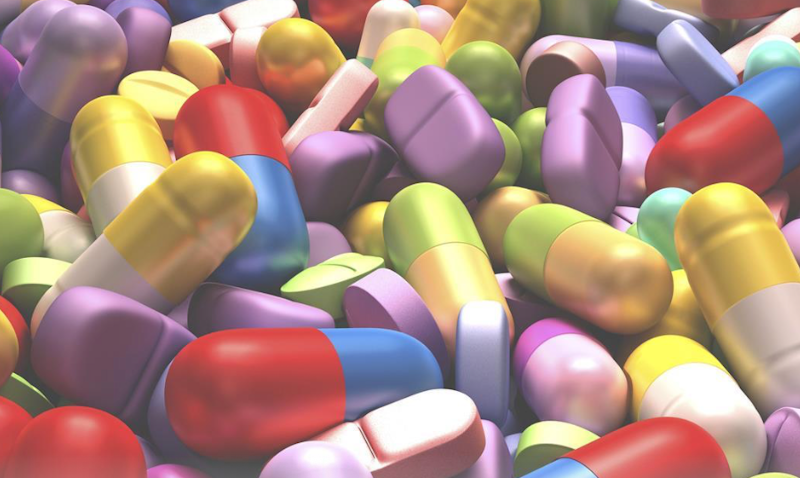 3D printing drugs can cause unexpected and undesirable reactions that prevent their release, scientists have found. The work is one of the first studies of its kind to reveal problems when producing 3D printed pills.
Stereolithography is one of several 3D printing techniques being explored for personalised medicines to provide patients with specific dose or drug combinations. Although still in its infancy, stereolithography has advantages over other approaches as it can formulate dosages extremely accurately, works at room temperature and doesn't need drugs to be soluble in water - useful as most new drugs aren't. For more information see the IDTechEx report on 3D Printing in the Medical and Dental Industry 2019 - 2029.
Simon Gaisford's lab at University College London, which is developing 3D printed medicines via biotech start-up company FabRx, has already shown that stereolithography can be used to print polypills containing up to six different drugs. Each drug can simply be mixed, in separate batches, into a light-curable resin composed of photoreactive monomers. Guided by computer, a laser cures the first drug-resin mixture into the pre-programmed pattern before printing is paused to swap in the next drug-containing resin. The result is a cross-linked polymer structure that encases the drugs layer-by-layer.
All previous research has shown that stereolithography produces no unwanted drug-polymer reactions. The technique has been tried and tested with several common oral drugs including ibuprofen, paracetamol, caffeine and naproxen. With this track record and because the printing process is only optimised for curing monomers into cross-linked polymers, it was assumed that drugs would not react in the system.
Now, it appears that this assumption was wrong. Gaisford's team has used stereolithography to stack four drugs for treating high blood pressure inside a single pill. But although the pill was printed successfully, the team found that only three of the drugs were released during experiments. 'We couldn't detect any amlodipine (one of the four drugs) in the sample solutions, which was an unusual situation,' Gaisford says.
To find out why, the team ruled out several possibilities including detection problems, levels of amlodipine too low to measure, or the amlodipine being trapped inside the polymer matrix. Eventually they arrived at the discovery that amlodipine was reacting with the photoreactive monomers.
'Our study demonstrated for the first time that the drug and the photopolymer could possibly undergo unexpected reactions, which is clearly undesirable,' explains Gaisford. 'This interaction was a Michael addition, which happens in mild conditions without the use of any catalysts or solvents.' The reaction occurred between the primary amine of amlodipine and the diacrylate group of polyethylene glycol diacrylate, the photoreactive monomer - effectively linking them together.
'This is certainly a critical finding,' comments Mo Maniruzzaman, a 3D printed medicines researcher at the University of Texas at Austin, US. 'It will help inform a robust formulation strategy when (stereolithography) is considered as a viable option for personalised polypills to treat chronic disease.' He suggests that future studies should investigate the key factors - including the concentrations of reactants - that are required to initiate the interaction in order to better understand it.
'I wouldn't say (stereolithography) is a bad idea for 3D printed drugs because this was a very specific reaction that happened between this specific drug and the monomer we used,' says Gaisford. 'However, the reaction we reported here was a common type that may happen with other functional groups and possibly with other drugs. It is very important for researchers to keep this in mind when they are making (stereolithography) 3D printed drug-loaded medicines.'
Source and top image: Royal Society of Chemistry
Learn more at the next leading event on the topic: Healthcare Sensor Innovations USA 2020