Made to Degrade (Eventually) 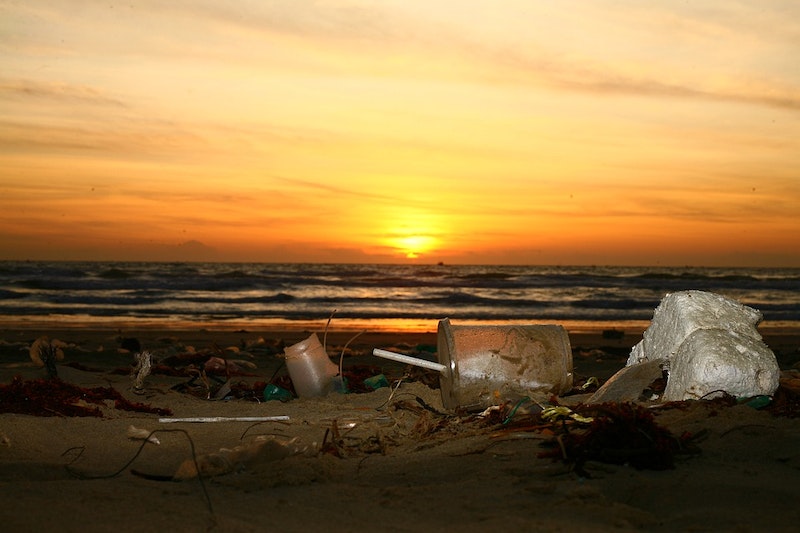 The main cause of marine debris accumulation is the dumping of plastic waste into the oceans, as most plastic does not degrade when left in the environment. Marine biodegradable plastics have previously been developed in Japan, with PHBH (by Kaneka Corporation) and PBS (by Mitsubishi Chemical Corporation) currently available. However, these are both categorized as aliphatic polyesters and are of poor quality compared to conventional plastics, such as polyethylene and polypropylene, while being producible only in low yields (approximately tens of thousands of tons per year compared to an annual global production of 300 million tons for conventional plastics) and at more than twice the cost of that of conventional plastics, all of which are factors that have limited their use. Thus, there has been a strong demand for the development of a low-cost and mass-producible marine biodegradable plastic that can enable us to tackle the growing problem of marine debris. For further information see the IDTechEx report on Bioplastics 2020-2025.
A group of researchers led by Associate Professor Taka-Aki Asoh and Professor Hiroshi Uyama of the Graduate School of Engineering, Osaka University, has, in collaboration with Nihon Shokuhin Kako Co., combined the ubiquitous biomasses starch, the main component of the carbohydrates found in corn, tubers, and roots such as potatoes, and cellulose, the main component of plants and commonly known as cotton fiber, to develop a marine biodegradable plastic. Because this combination was done using their unique technology, the water-resistance of starch improved significantly, and the resultant composite sheet material demonstrated excellent water-resistance and high strength in addition to its high levels of biodegradability in seawater.
Associate Professor Asoh says, "Since we were able to develop a marine biodegradable plastic sheet by combining familiar materials such as starch and cellulose, because these materials are cheap, and the manufacturing process is simple, we can expect that the developed material will be put to practical use soon. We have great expectations that our material will help solve the growing global problem of marine debris accumulation and have a major societal impact." On the effects of their newly developed technique, Professor Uyama adds, "The effective use of low-cost biomass, which is what is afforded by our technique, will lead to a reduction in greenhouse gas (eg CO2) emissions, thereby positioning this technology among the key environmental technologies emerging from Japan for the ratification of the Paris agreement."
This product is expected to not only contribute significantly to a reduction in the amount of new marine debris deposited globally, but also to a more efficient and sustainable material cycling process and to the reduction of greenhouse gases, giving it the potential to enable the realization of the United Nation's Sustainable Development Goals, the COP25, and the policies of the Japanese government-led Moonshot Program (Target 4, resource circulation). 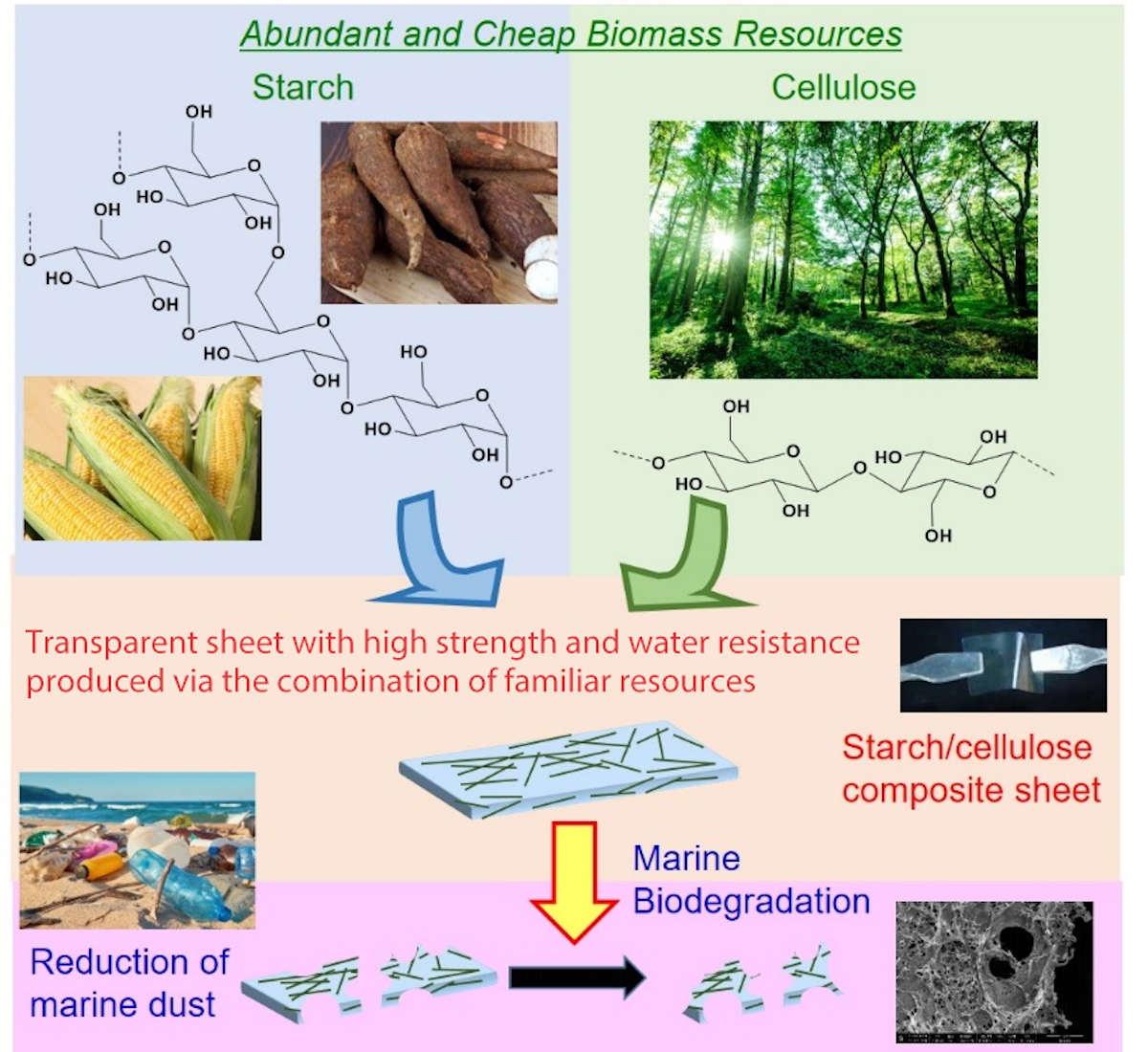