Wearable For Patients With Type 2 Diabetes 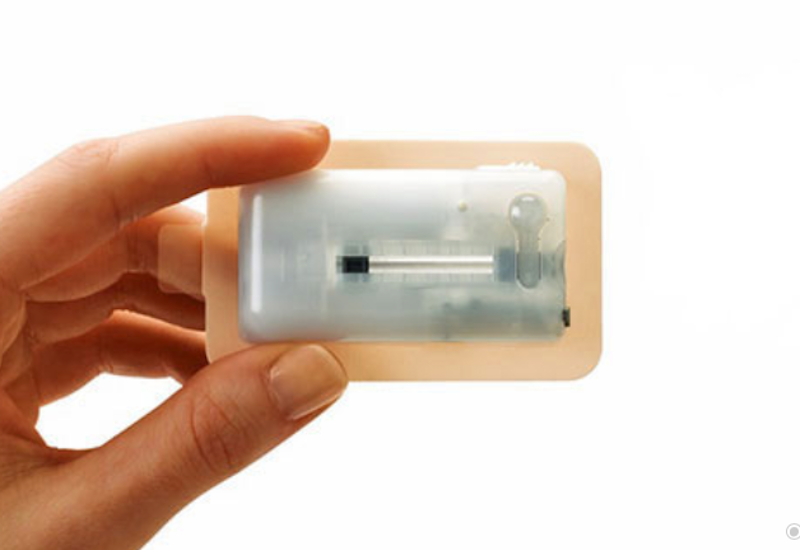 Adults with type 2 diabetes requiring insulin therapy can safely achieve good blood sugar control using regular human insulin (RHI) in a wearable, patch-like insulin delivery device called V-Go, a new study finds. Results of the randomized controlled study -- which was accepted for presentation at ENDO 2020, the Endocrine Society's annual meeting, and will be published in a special supplemental section of the Journal of the Endocrine Society -- suggest "a more affordable option" for insulin therapy than newer insulin types, the researchers said. For further information see the IDTechEx report on Technologies for Diabetes Management 2019-2029: Technology, Players and Forecasts.
"The modern insulins -- rapid acting insulin (RAI) analogs -- have dominated the mealtime insulin market for years, but skyrocketing prices have resulted in concerns of affordability and whether their differences from other available insulins are clinically relevant," said study lead investigator Pablo Mora, M.D., an endocrinologist at Dallas Diabetes Research Center at Medical City, Dallas, Texas.
When injected by an insulin pen or insulin syringe, RHI -- an older and less expensive insulin -- takes longer to reach the bloodstream and has a longer duration of action compared to modern RAIs, Mora said. These differences can influence blood glucose control, he noted.
V-Go is a 24-hour small, disposable mechanical device that, according to its manufacturer, Valeritas Inc., is cleared for use with RAI in adults with diabetes, is easy to use and worn like a patch on the skin. It has the ability to deliver both a steady continuous subcutaneous infusion of insulin for 24 hours and mealtime insulin dosing on demand, Mora said.
The study was conducted at three study centers in the southern United States and evaluated the safety and effectiveness of delivering RHI with V-Go in 113 adults with type 2 diabetes who were currently using the device filled with RAI. The investigators randomly assigned 54 patients to continue using the V-Go with RAI, and they assigned another 59 patients to switch the insulin used to fill V-Go from RAI to RHI. Over the 14-week study, which Valeritas, Inc. supported with an educational grant, the researchers measured the between group difference in average change in hemoglobin A1c, a measure of long-term blood glucose control.
The research team reported that improvements in A1c were observed, with a decrease of 0.6% in the RHI group and a decrease of 0.38% in the RAI group. Mora also stated that the study met its primary endpoint of noninferiority, or similar blood glucose control. The researchers found no between-group differences in the total daily dose of insulin required or in episodes of low blood sugar, a measure of safety.
"By continuously infusing insulin for 24 hours with V-Go, differences in duration of insulin action are minimized between the two insulins. Our results support that RHI can be safely and effectively used when delivered by V-Go," Mora said, who reported receiving consulting and speaking fees from Valeritas, Inc.: "Use of RHI with V-Go expands the affordability of insulin therapy."
Source: The Endocrine Society
Top image: Valeritas Inc