Instant Bladder Cancer Scan Could Save Thousands of Lives 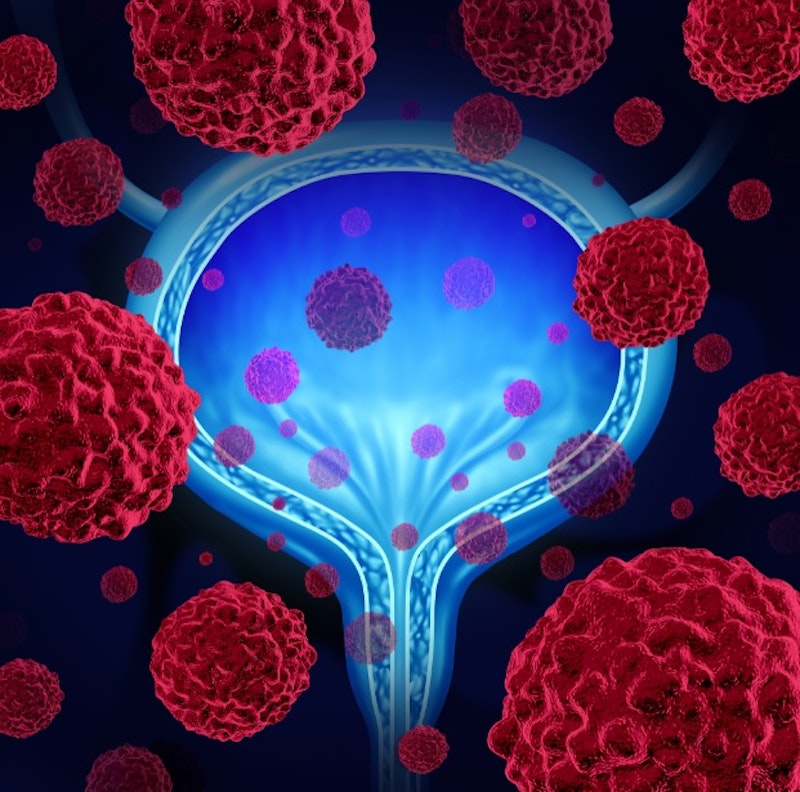 Thousands of lives lost to bladder cancers each year could be saved thanks to a new scanner that uses photonics to illuminate parts of the tissue that are currently impossible to visualise.
A European photonics research team is developing a new endoscope to scan for the early signs of bladder cancer. Using multi-wavelength lasers, the scanner will provide instant, non-invasive, precise and detailed information to determine what stage and grade that a tumour has reached and provide early diagnosis. For more information see the IDTechEx report on Biomedical Diagnostics at Point-of-Care 2019-2029: Technologies, Applications, Forecasts.
Bladder cancer (BLC) is the sixth most commonly occurring cancer in men and the 17th most commonly occurring cancer in women. According to the World Cancer Research fund, there were nearly 550,000 new cases of bladder cancer worldwide in 2018.
Cancers that form in the bladder are difficult to spot in their early stages and are often missed when using white light. At present, clinicians struggle to create accurate, detailed images inside the bladder because light cannot penetrate deep into the tissue - leading to blurred or dark images.
Currently, tests for bladder cancer involve urinalysis (a check for blood in the urine), urine cytology (using a microscope to search for cancer cells in urine), or urine tests for tumour markers (a test to see if a patient has chromosome changes that are often seen in bladder cancer cells or higher levels of a protein called NMP22).
While all of these tests can find cancerous cells in the urine, they do not catch the disease in its early stages and sometimes the tests can miss biomarkers altogether.
AMPLITUDE
But thanks to a team of European scientists, a new system that uses multi-wavelength lasers will soon be able to create an image from deep inside the tissue to give a quick and accurate diagnosis of the presence of a tumour, as well as its stage and grade.
The project, called AMPLITUDE, is combining medical and physics expertise to develop a new multi-modal imaging system complete with an endoscopic probe that delivers an instant diagnosis in a clinical setting.
Project coordinator, Dr Regina Gumenyuk said: "A societal challenge for the next few decades is the instant diagnosis of major diseases. Photonics provides excellent opportunities to give healthcare professionals advanced, non-invasive diagnostics that detect symptoms and diseases at an early stage. The multimodal imaging approach in AMPLITUDE is based on three modalities, which together will provide precise and detailed information necessary to determine the tumour stage and grade. The system being developed by AMPLITUDE will be the first device to deliver a label-free procedure. This means we can avoid using ﬂuorophores and their phototoxic effects which can sometimes damage cells. A reduction in the phototoxicity during autofluorescence imaging will minimise cell damage."
Biological Windows
The system works by using infrared light to visualise deep inside the tissue, allowing scientists to peer into 'biological windows' or infrared areas where light penetration increases in depth.
"The so-called 'third biological window' - a range of 1550-1870 nanometres - has not yet been extensively investigated. "While it is possible to investigate this range at present, we would need a Supercontinuum laser source, which is prohibitively expensive. The new lasers that will be developed by AMPLITUDE will allow us to explore this wavelength range with compact and cost-effective systems," said Dr Gumenyuk.
The project is coordinated by Tampere University (Finland) and comprises several specialists from across Europe, including the Aston Insitute of Photonic Technologies—AIPT (UK), Modus Research and Innovation Ltd. (UK), Consiglio Nazionale delle Ricerche—CNR (Italy), University of Milan-Bicocca, and University of Florence (Italy), Institute of Photonic Sciences—ICFO (Spain), Ampliconyx Oy (Finland), Femtonics Ltd. (Hungary), HC Photonics (Taiwan), and LEONI Fiber Optics GmbH (Germany).
About Photonics21
Photonics21 is the European Technology Platform (ETP) for photonics, a technology encompassing all of the products and processes around the emission, manipulation and detection of light. Photonics is integral to a wide range of industries that include the medical, healthcare, transport, manufacturing, and telecommunications sectors.
"Photonics21" was set up in December 2005 to bring the community of photonics researchers and industries together. The European Commission defined photonics as one of five European Key Enabling Technologies (KET's) in September 2009. Shortly after, the European Research & Innovation Program "Horizon 2020" invited Photonics21 to become a "Public-Private Partnership" (PPP). The "Photonics 21 Association," a legal entity under Belgium law, became the private contract partner in November 2013 in a Public-Private Partnership (PPP) in conjunction with the EU Commission.
Today Photonics21 represents more than 3000 personal members from across Europe and abroad. Our members are experts in the photonics industry, research organisations and universities who actively engage with us to develop a joint photonics strategy for future research and innovation in Europe.
With the global photonics market growing from €350 Billion in 2011 to €447 Billion in 2015, Photonics remains a strong industry. The European photonics industry, estimated to be worth €70 billion, has considerable global leadership positions and employs over 300,000 people directly.
With positive growth forecast, current industry trends like digitalisation, resource efficiency, individual and zero failure production will drive the photonics industry further.
Source: Matter PR