Silk Scaffolds and Magnestism to Generate Bone Tissue for Implants 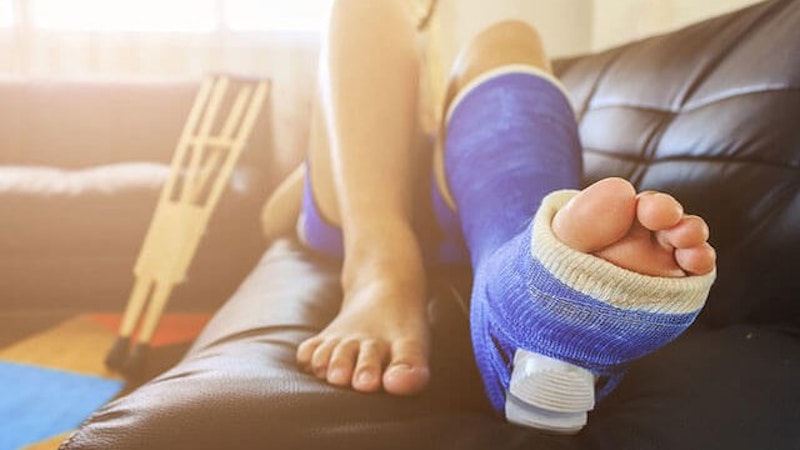 Researchers from the UPV/EHU, BCMaterials and various centres in Portugal have shown that the combination of biocompatible scaffolds formed from silk components, and stimulation of cells by means of magnetism is valid for generating bone tissue. The scaffolds, which are used to support cell growth, were loaded with magnetic nanoparticles so that magnetism could be used. The results achieved are spurring the group on to continue with this line of research.
The journal Materialia has recently published the outcome of a piece of research conducted by a group of researchers comprising several from the Department of Physical Chemistry at the UPV-EHU's Faculty of Science and Technology and BCMaterials, and others from centres at the University of Minho (Portugal). In this work the research group developed a new composite material that can be used for tissue engineering, specifically for regenerating bone tissue. "The ultimate goal of this line of research would be to be able to generate tissue that could then be implanted to treat bone diseases," said José Luis Vilas-Vilela, head of the UPV/EHU's Department of Physical Chemistry and one of the authors of this study. For more information see the IDTechEx report on Tissue Engineering 2018-2028: Technologies, Markets, Forecasts.
The material developed comprises a scaffold or matrix which in turn is made up of one of the main components of silk (fibroin), a biocompatible material of natural origin, and which is loaded with magnetic nanoparticles. The purpose of adding the nanoparticles was to make the material "magnetoactive" so that they would respond when a magnetic field is applied to them and thus transmit mechanical and electrical stimuli to the cells. "The inserting of stimuli, which may be electrical, magnetic, mechanical or of another type, has been proven to encourage cell growth and differentiation, because this procedure in some way mimics the cellular microenvironment and imitates the stimuli that occur in the environment in which the cells carry out their functions," explained the researcher.
Positive in vitro study
This study was conducted in vitro, and two methodologies were tested to obtain the fibroin matrix: in one, films were created, and in the other, a kind of fabric was produced by interweaving the fibres. "These are two pretty good methodologies for building this scaffolding which simulates the extracellular matrix, the support to which the cells can attach themselves in order to grow," specified the researcher. "The magnetoactive nanoparticles also form part of the structure as they have been incorporated into the fibroin. So when we apply a magnetic field, we bring about a response by these nanoparticles, which vibrate and thus deform the structure, they stretch it and transmit the mechanical stress to the cells," he said.
This PhD holder in chemistry says that the results have shown them that both types of matrix or scaffold "encourage cell growth; the film type works better, the cells grow better, but more than anything, we have confirmed, for the first time, that the magnetic stimulus exerts a positive effect on cell growth."
This has signified a step forward in the line of research of this research group in the quest for suitable materials and methods for tissue fabrication. "We know that our aim is a long-term one and now we are taking the first steps. We are developing various types of materials, stimuli and processes so that we can have the means to achieve the regeneration of different tissue. In addition, the idea would be to use the stem cells of the patients themselves and be capable of differentiating them towards the type of cell we want to form the tissue with, be it bone, muscle, heart or whatever might be needed. That would be the ultimate goal towards which we are already taking significant steps," he said.
To achieve that ultimate goal, this research group needs to meet various challenges. The most immediate ones would be, according to the expert, "to combine various stimuli and insert a variation into the ones already applied, such as the direction in which the deformation of the structure used is applied. We also need to explore cell viability and functionality, how the cells are fed and how the waste they produce is extracted. There are many factors where progress needs to be made, but what has been achieved is spurring us on to continue," he concluded.
Source: University of the Basque Country
Top image: iCare