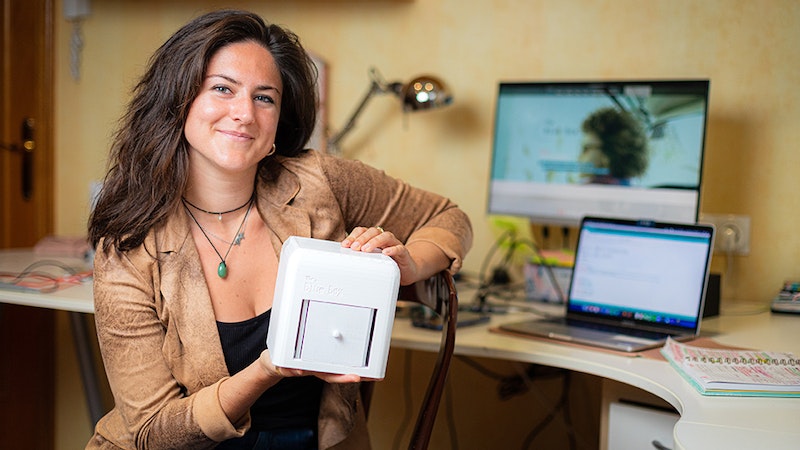 2020 marked a record-breaking year for the James Dyson Award, with the highest number of entries ever submitted and largest amount of prize money given to inventors. The Award opened for entries in March against the backdrop of a global crisis. Yet this year's entrants have shown perseverance and determination to continue their research and development, ensuring pioneering ideas are shared with the world to shape our futures. Judit Giró Benet of the University of Barcelona was the 2020 international winner for The Blue Box which was designed for women to self-screen for breast cancer at home.
40% of women skip their breast cancer screening mammogram, meaning 1 in 3 are diagnosed too late and face a lower chance of survival. 41% of those who skip mammograms say it is due to pain. As a result, there is a global need for a comfortable and accessible screening process for breast cancer. For further information see the IDTechEx report on AI in Medical Diagnostics 2020-2030: Image Recognition, Players, Clinical Applications, Forecasts.
The Blue Box, invented by Judit Giro Benet from Tarragona, Spain, is an at-home, biomedical breast cancer testing device that uses a urine sample and an AI algorithm to detect early signs of breast cancer. It empowers women to take charge of their health with a non-invasive, pain free, non-irradiating and low-cost alternative which can be used regularly at-home. After simply producing a urine sample in the supplied container and inserting it into the Box, the machine performs a chemical analysis of the sample and sends the results to the Cloud. Here, the AI based algorithm reacts to specific metabolites in the urine and currently produces a classification rate of >95% (based on Judit's research so far), providing the user with a diagnosis. The device is linked to an App which controls all communications to the user, immediately putting them in touch with a medical professional if the sample tests positive.
A household owning The Blue Box can have all its female members tested at their desired frequency and convenience. After creating a profile at The Blue App, the user just needs to collect some urine in a plastic container and subsequently place it inside The Blue Box. Then press the "start" button in the app. During the 30 following seconds, the 6 chemical sensors inside The Blue Box (in direct contact with the urine) will start reacting to certain targeted breast cancer biomarkers - if any. The captured signal will then be sent from The Blue Box to the cloud, where the artificial intelligence algorithm is run. Once the algorithm has reached a diagnosis, it will be sent back to the user's phone and displayed in the app.
"I have seen and experienced first-hand the harrowing effects of cancer. So as scientists and engineers, anything we can do to use technology to attempt to overcome this, we should. Judit combines the latest technologies across hardware and software to create a well-designed, holistic product to solve a very real problem that could benefit many people. I was particularly impressed with how well The Blue Box works with sensors and artificial intelligence to maturely function as an electronic device and accompanying app." said James Dyson, Founder and Chief Engineer at Dyson.
On winning the International prize, Judit says, "James Dyson's support and endorsement strengthens my resolve to develop The Blue Box, striving to potentially save hundreds of thousands of lives. The Blue Box endeavours to change the way society fights breast cancer and to give all women in the world the chance to avoid an advanced diagnosis, making screening a part of our daily lives. So, the day he told me that I had won the International prize was a real turning point for my project. The prize money will allow us to patent more extensively, expediate research and development, and help to ensure our product is viable. But hearing from him, an engineer, that he trusts in my idea has given me the confidence I need at this vital period." 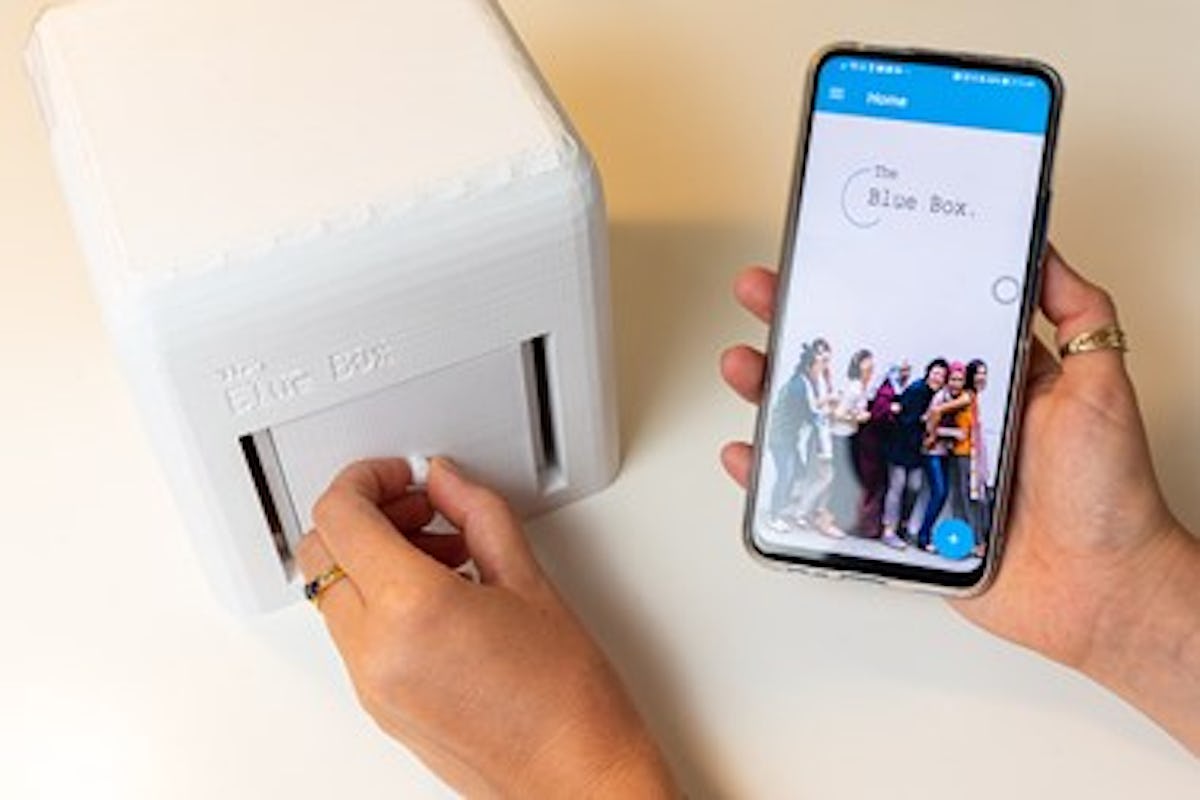