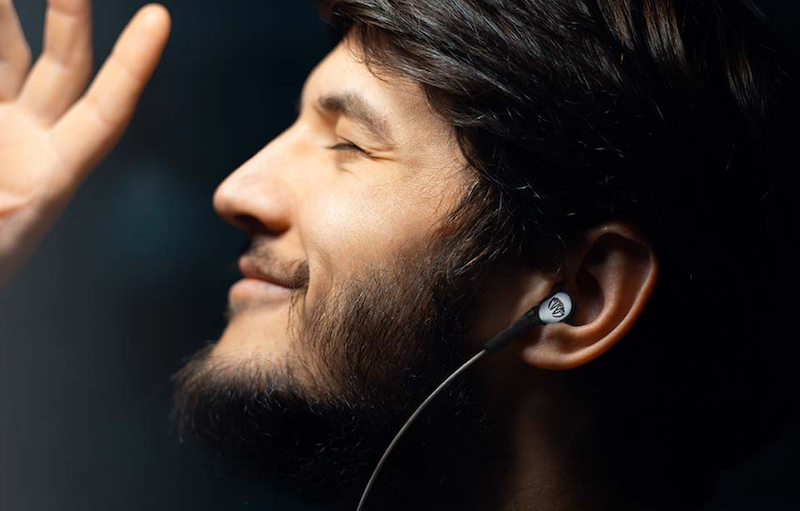 A recent study conducted by teams at the University of Maryland and Walter Reed Medical Center showed language learning advantages with tVNS (transcutaneous Vagus Nerve Stimulation), including up to a 30% increase in accuracy and recall for some subjects. Numerous studies have shown that tVNS can improve memory, focus and auditory processing. The researchers tested the potential benefits of using tVNS in learning a second language. Their study involved English-speaking participants, using Xen by Neuvana's headphones to deliver tVNS through the left ear.
The University of Maryland and Walter Reed teams performed this research under a grant from DARPA, the Defense Department's research and emerging tech branch. The goal of DARPA's 4-year long Targeted Neuroplasticity Training (TNT) program is to explore various safe neurostimulation methods for activating synaptic (nerve) plasticity. Increased neuroplasticity is the mechanism by which the brain forms new connections and is a requirement for learning. These findings show that tVNS has the potential to accelerate and facilitate language learning. The results of the study were published in the Annual Review of Applied Linguistics in June 2020. Eighty-three native English-speaking participants received tVNS with language training to determine whether tVNS allowed them to better recognize and recall Mandarin Chinese. Mandarin Chinese, unlike English, is a tonal language in which the meaning of a word changes based on voice inflection or tone. For further information see the IDTechEx report on Bioelectronic Medicine 2019-2029.
The study was double-blind design; participants and session proctors were unaware of tVNS group assignments, administered over a two-day period, with several training sessions occurring during that time. Even after only one day of training, tVNS using Xen's technology had positive effects on word learning as measured by recognition and recall tests. During the recall test consisting of nine trials, participants were presented one of nine previously identified Mandarin pseudowords and instructed to type the correct English translation of the Mandarin syllable on a keyboard. The study results showed that tVNS participants exhibited learning advantages, including up to a 30% increase in accuracy and recall.
According to the study, "these results and the previous literature suggest that neurostimulation, when paired with behavioral language learning approaches may provide a much needed boost for adult language learners to overcome inherent difficulty in learning a second language."
A similar study by the University of Pittsburgh, using a laboratory-made earpiece, further supports these findings. Those that received tVNS stimulation "exhibited a better trial-by-trial improvement than the Control group." The researchers postulated that "tVNS can be used to accelerate speech perceptual learning in humans in a highly specific manner."
"The benefits of Vagus Nerve Stimulation are being increasingly recognized and realized, both in the laboratory and across society. The findings by these premier institutions show the potential for tVNS to facilitate global communication through improved language learning," said Dr. Richard Cartledge, Chief of Cardiovascular Surgery at Boca Raton Regional Hospital and inventor of Xen by Neuvana. "These studies strongly support the role of tVNS in improved focus, cognition, recall, and recognition. Best of all, you can now do this at home with Xen."
These findings have the potential to change and accelerate the way we communicate globally; land barriers no longer have to be language barriers. Improved language learning has the potential to achieve faster, more efficient results for government officials traveling abroad, corporations with global offices, and any executives or teams who conduct business overseas.
Xen by Neuvana
Neuvana - a team of physicians, seasoned engineers and wellness practitioners - has found a way to bring the calming effects of VNS through Xen - a new wellness device that safely and gently tones the vagus nerve for better sleep, reduced stress and anxiety, enhanced focus, and better memory. Xen by Neuvana works by sending a gentle, calming electrical signal via patented headphones to the part of the vagus nerve located in the ear. This promotes relaxation during any activity - even while social distancing - like working from home, after a yoga session, reading a book to the kids before bed, or listening to music. Regular use delivers maximum benefits, often with just two 15-20-minute sessions a day.
Source and top image: Nevada LLC