Researchers Create "Sheets" of Meat in the Lab 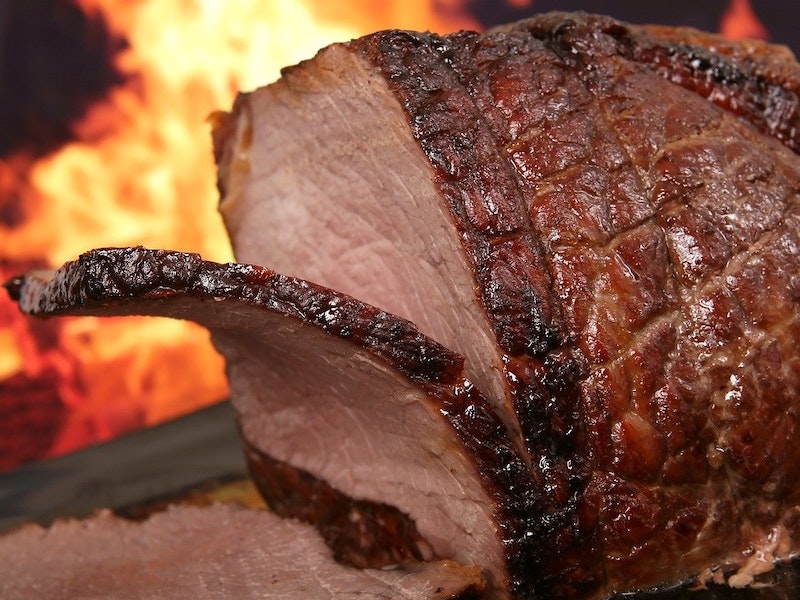 McMaster researchers have developed a new form of cultivated meat using a method that promises more natural flavour and texture than other alternatives to traditional meat from animals.
Researchers Ravi Selvaganapathy and Alireza Shahin-Shamsabadi, both of the university's School of Biomedical Engineering, have devised a way to make meat by stacking thin sheets of cultivated muscle and fat cells grown together in a lab setting. The technique is adapted from a method used to grow tissue for human transplants. For further information see the IDTechEx report on Plant-based and Cultured Meat 2020-2030.
The sheets of living cells, each about the thickness of a sheet of printer paper, are first grown in culture and then concentrated on growth plates before being peeled off and stacked or folded together. The sheets naturally bond to one another before the cells die. The layers can be stacked into a solid piece of any thickness, Selvaganapathy says, and "tuned" to replicate the fat content and marbling of any cut of meat - an advantage over other alternatives.
"We are creating slabs of meat," he says. "Consumers will be able to buy meat with whatever percentage of fat they like - just like they do with milk."
As they describe in the journal Cells Tissues Organs, the researchers proved the concept by making meat from available lines of mouse cells. Though they did not eat the mouse meat described in the research paper, they later made and cooked a sample of meat they created from rabbit cells.
"It felt and tasted just like meat," says Selvaganapathy.
There is no reason to think the same technology would not work for growing beef, pork or chicken, and the model would lend itself well to large-scale production, Selvaganapathy says. The researchers were inspired by the meat-supply crisis in which worldwide demand is growing while current meat consumption is straining land and water resources and generating troubling levels of greenhouse gases.
"Meat production right now is not sustainable," Selvaganapathy says. "There has to be an alternative way of creating meat."
Producing viable meat without raising and harvesting animals would be far more sustainable, more sanitary and far less wasteful, the researchers point out. While other forms of cultured meat have previously been developed, the McMaster researchers believe theirs has the best potential for creating products consumers will accept, enjoy and afford.
The researchers have formed a start-up company to begin commercializing the technology.
Source: McMaster University
Top image: Pixabay