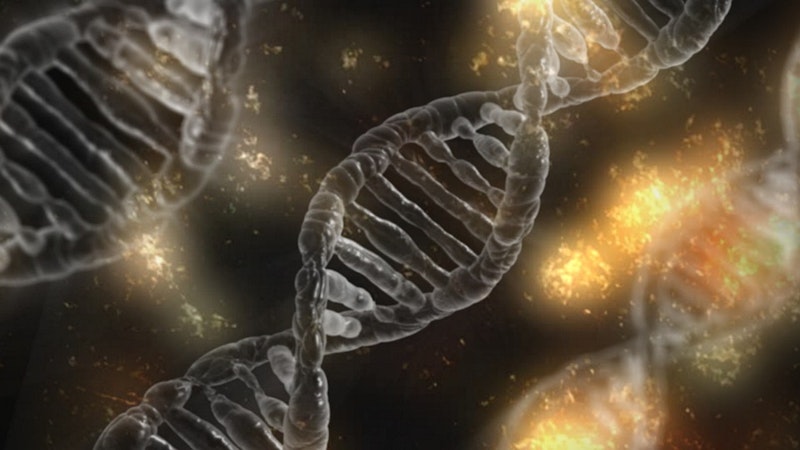 Finding a needle in a haystack is hard enough. But try finding a specific molecule on the needle.
Rice University researchers have achieved something of the sort with a new genome editing tool that targets the supporting players in a cell's nucleus that package DNA and aid gene expression. Their work opens the door to new therapies for cancer and other diseases. Rice bioengineer Isaac Hilton, postdoctoral researcher and lead author Jing Li and their colleagues programmed a modified CRISPR/Cas9 complex to target specific histones, ubiquitous epigenetic proteins that keep DNA in order, with pinpoint accuracy. For more information see the IDTechEx report on Synthetic Biology 2018.
Histones help regulate many cellular processes. There are four in each nucleosome (the basic "beads on a string" in DNA) that help control the structure and function of our genomes by exposing genes for activation.
"Nucleosomes serve as architectural substrates to fit our DNA inside of our cells, and can also control access to key parts of our genomes," Hilton said.
Like other proteins, histones can be triggered by phosphorylation, the addition of a phosphoryl group that can control protein-protein or protein-DNA interactions.
"Histones can display an exquisitely diverse spectrum of chemical modifications that serve as beacons or regulatory markers and tell which genes to turn on, and when, and how much to do so," Hilton said. "One of these mysterious modifications is phosphorylation, and we aimed to better illuminate the mechanism by which it can rapidly turn human genes on and off."
No other epigenome editing technique has enabled site-specific control over histone phosphorylation, he said. The programmable Rice tool, called dCas9-dMSK1, fuses a deactivated "dCas9" protein and a "hyperactive" human histone kinase, an enzyme that catalyzes phosphorylation.
CRISPR/Cas9 typically employs guide RNAs and Cas9 "scissors" to target and cut sequences in DNA. The new tool programs deactivated dCas9 to target without cutting sequences, instead using the recruited dMSK1 enzyme to phosphorylate the targeted histone and turn on nearby genes. The researchers used dCas9-dMSK1 to uncover novel genes and pathways that are pivotal for drug resistance. Li used it to identify three genes previously linked to melanoma drug resistance. "And then she identified seven new genes linked to melanoma resistance," Hilton said. "It's an exciting finding that we are following up on. Histone proteins that wrap up DNA can have all sorts of chemical marks and combinations on them," he said. "This results in what has been dubbed a histone code, and one of our goals is to work to decipher it."
Li's tool also confirms how specific histone marks communicate with one another. "It tells us that chemical modifications on histones talk to each other, and we can show it happening at specific spots in the human genome," Li said. "And that's linked to a gene turning on, so this allows us to synthetically control them."
Li said a long-term goal is to target a range of other histone marks. "It's a complicated story," she said. "There are a lot of different positions and features of histones that we want to study."
"Getting these technologies into patients is a long process," Hilton added. "But tools like this are the first step and can pave the way towards understanding how normal cellular processes unfortunately go awry in human diseases." 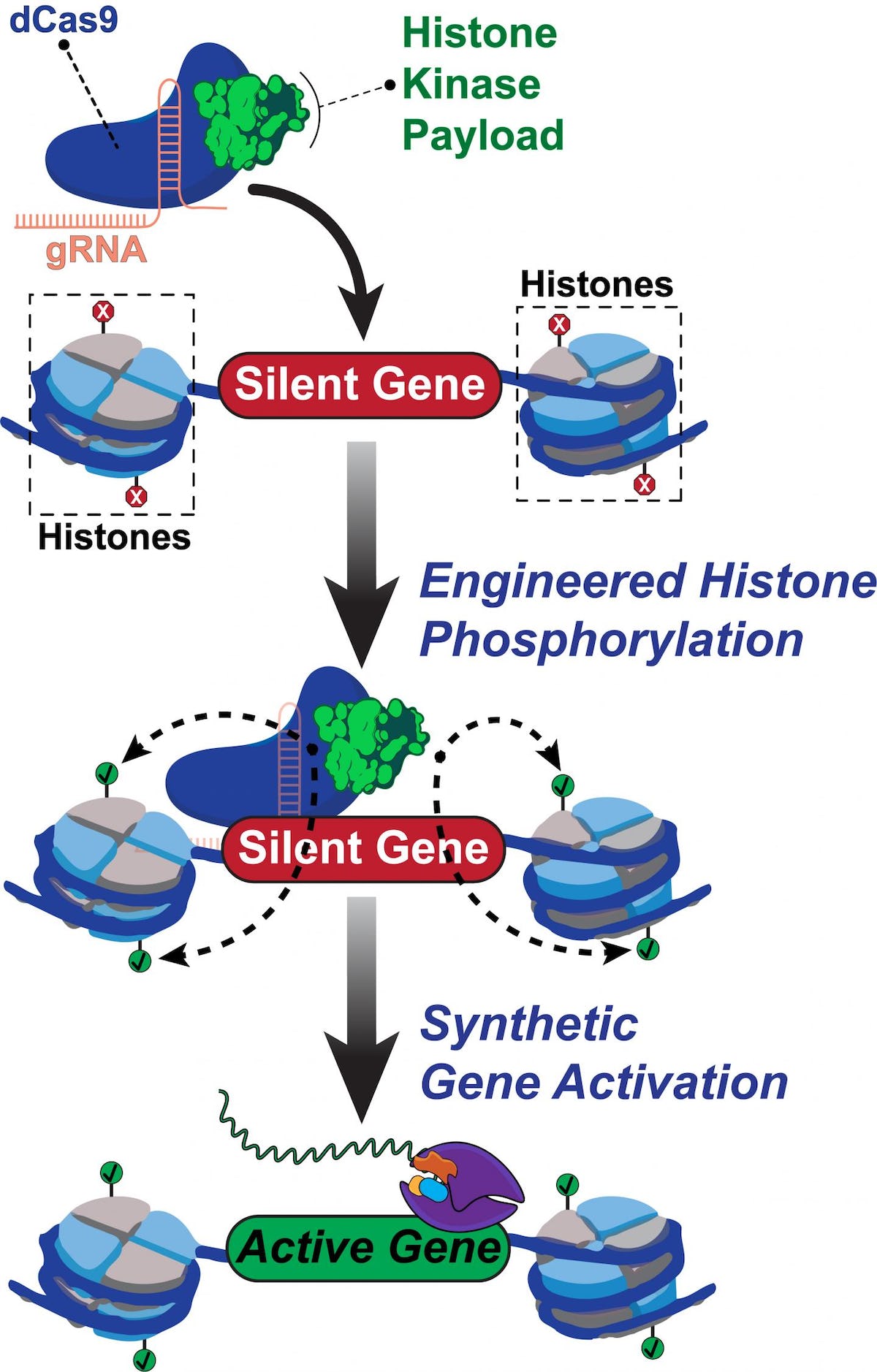