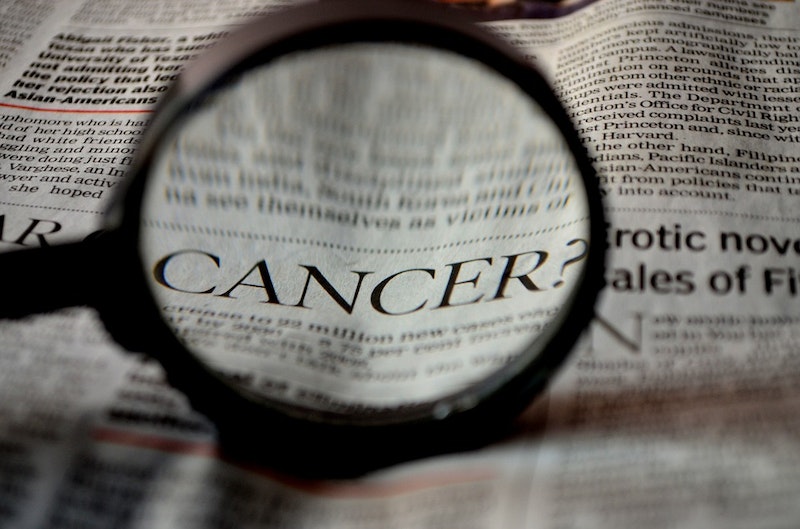 Electricity may slow - and in some cases, stop - the speed at which breast cancer cells spread through the body, a new study indicates. The research also found that electromagnetic fields might hinder the amount of breast cancer cells that spread. The findings, published recently in the journal Bioelectricity, suggest that electromagnetic fields might be a useful tool in fighting cancers that are highly metastatic, which means they are likely to spread to other parts of the body, the authors said.
"We think we can hinder metastasis by applying these fields, but we also think it may be possible to even destroy tumors using this approach," said Vish Subramaniam, senior author of the paper and former professor of mechanical and aerospace engineering at The Ohio State University. Subramaniam retired from Ohio State in December. "That is unclear at this stage, but we are working on understanding that - how big should the electromagnetic field be, how close should it be to the tumor? Those are the next questions we hope to answer."
The study is among the first to show that electromagnetic fields could slow or stop certain processes of a cancer cell's metabolism, impairing its ability to spread. The electromagnetic fields did not have a similar effect on normal breast cells. Travis Jones, lead author of the paper and a researcher at Ohio State, compared the effects to what might happen if something interfered with a group running together down a path. For further information see the IDTechEx report on Bioelectronic Medicine 2019-2029.
The effect, Subramaniam said, is that some of the cancer cells slow down when confronted with electromagnetic fields. "It makes some of them stop for a little while before they start to move, slowly, again," he said. "As a group, they appear to have split up. So how quickly the whole group is moving and for how long they are moving becomes affected."
The electromagnetic fields are applied to cancerous cells without touching them, said Jonathan Song, co-author of the paper, associate professor of mechanical and aerospace engineering at Ohio State and co-director of Ohio State's Center for Cancer Engineering. Song compared the cancer cells with cars. Each cell's metabolism acts as fuel to move the cells around the body, similar to the way gasoline moves vehicles.
"Take away the fuel, and the car cannot move anymore," Song said.
The work was performed on isolated human breast cancer cells in a lab and has not been tested clinically. The electromagnetic fields appear to work to slow cancer cells' metabolism selectively by changing the electrical fields inside an individual cell. Accessing the internal workings of the cell, without having to actually touch the cell via surgery or another more invasive procedure, is new to the study of how cancer metastasizes, Subramaniam said.
"Now that we know this, we can start to answer other questions, too," Subramaniam said. "How do we affect the metabolism to the point that we not only make it not move but we choke it, we completely starve it. Or can we slow it down to the point where it will always remain weak?"
This research is an extension of two previous pioneering studies, published in 2015 and 2019, that showed electromagnetic fields could hinder breast cancer metastasis.
Source: Ohio State University
Top image: Pixabay