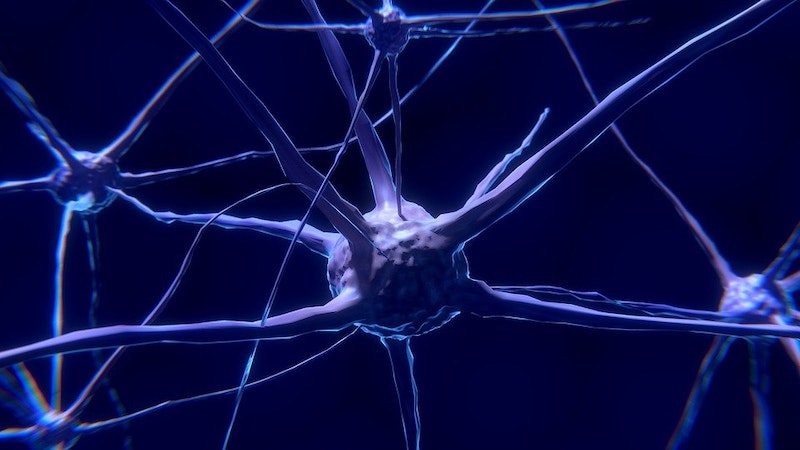 A new study investigates tiny tumbling soft robots that can be controlled using rotating magnetic fields. The technology could be useful for delivering drugs to the nervous system. In this latest study, researchers put the robots through their paces and showed that they can climb slopes, tumble upstream against fluid flow and deliver substances at precise locations to neural tissue.
Would you let a tiny MANiAC travel around your nervous system to treat you with drugs? You may be inclined to say no, but in the future, "magnetically aligned nanorods in alginate capsules" (MANiACs) may be part of an advanced arsenal of drug delivery technologies at doctors' disposal. A recent study in Frontiers in Robotics and AI is the first to investigate how such tiny robots might perform as drug delivery vehicles in neural tissue. The study finds that when controlled using a magnetic field, the tiny tumbling soft robots can move against fluid flow, climb slopes and move about neural tissues, such as the spinal cord, and deposit substances at precise locations. For further information see the IDTechEx report on Synthetic Biology 2018.
Diseases in the central nervous system can be difficult to treat. "Delivering drugs orally or intravenously, for example, to target cancers or neurologic diseases, may affect regions of the body and nervous system that are unrelated to the disease," explained Lamar Mair of Weinberg Medical Physics, a medical device company based in the US and an industrial partner on the study. "Targeted drug delivery may lead to improved efficacy and reduced side-effects due to lower off-target dosing."
One way to achieve targeted dosing is to use tiny robots to deliver drugs to specific locations. While this technology is still in its infancy, researchers have developed various types of micro- or millirobots that could fulfil this ostensibly far-fetched goal. However, the major problem lies in controlling their activity as they travel through tissues in the body, and few researchers have put their tumbling robots to the challenge by seeing how they handle moving across real tissues.
Magnetic fields are a particularly promising way to control things inside the body, as they are not influenced by tissues and tend to be very safe. This is the power behind the MANiACs, which are tiny tumbling robots containing magnetic nanorods encased in a soft spherical shell. These properties should allow them to safely tumble through the body in response to a magnetic field applied externally, with the goal of drawing them to a target site for drug delivery.
The research team behind the current study wanted to test their MANiAC soft robots under conditions they may experience in the body. These include the undulating and tortuous architecture of the nervous system, which includes flowing cerebral spinal fluid and steep slopes. The researchers tested the ability of the MANiACs to climb slopes with increasing steepness and move against flowing liquid. They also obtained rat brains and mouse spinal cords to test the robots' ability to move along the tissues and deposit a dye on their surfaces, as a substitute for a drug.
Under magnetic stimulation, the MANiACs successfully scaled slopes as steep as 45 degrees and moved upstream against a fluid flow that was similar to what they would encounter in the nervous system. The researchers were able to maneuver dye-loaded MANiACs around on the surface of rodent neural tissues with a fine degree of control, and successfully deposited the dye in specific locations. They even re-dosed several locations to increase the amount of 'drug' dosed to that region.
"The ability to go back and re-dose regions which received insufficient dose upon initial treatment is significant," said Prof David Cappelleri of Purdue University, another researcher involved in the study. "These results are very preliminary and highly experimental, but we think we have demonstrated strong evidence that small, soft, capsule-based microrobots have potential for controlled local delivery in neural diseases."
Source: World Economic Forum
Top image: Pixabay