Focused Ultrasound to Target Tumours Deep in the Brain 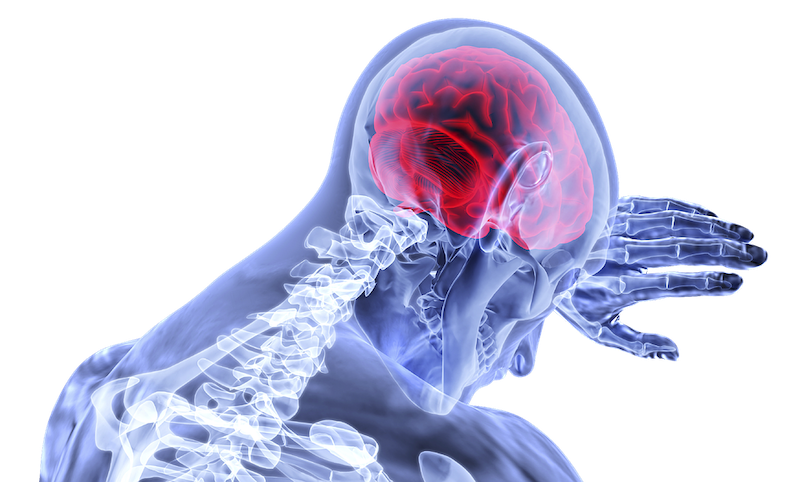 Glioblastomas are aggressive brain tumors that are commonly diagnosed through a risky and invasive surgical biopsy. A team of researchers led by Hong Chen at Washington University in St. Louis has developed a noninvasive diagnostic method that may one day replace the tissue biopsy with a simple blood test.
Chen, associate professor of biomedical engineering at the McKelvey School of Engineering and of radiation oncology in the School of Medicine; Eric Leuthardt, MD, professor of neurosurgery at the School of Medicine and of biomedical engineering at McKelvey Engineering; and the team tested the method in both small and large animal models and found significantly improved detection and diagnostic sensitivity for brain tumors via a simple blood sample. Results of the study are published online in the journal Theranostics, Nov. 10.
The method, known as sonobiopsy, uses focused ultrasound to target tumors deep in the brain. Once located, the researchers inject microbubbles into the blood that travel to the ultrasound-targeted tissue and pulsate, which safely opens the blood-brain barrier. The temporary openings allow biomarkers, such as DNA, RNA and proteins, from the tumor to pass through the blood-brain barrier and release into the blood. For further information see the IDTechEx report on Bioelectronic Medicine 2019-2029.
Chen, Leuthardt and the team have been working on their focused ultrasound-enabled liquid biopsy (sonobiopsy) method for several years, first conducting a feasibility study in mice, followed by a safety evaluation study, and most recently, another study in pigs. While blood-based liquid biopsy has been used in human patients with other cancers for personalized medicine, progress in extending the method to human brain cancer has been limited.
In the new research, the team, including Christopher Pacia, first author and a biomedical engineering doctoral student in the Chen ultrasound lab, found that the sonobiopsy method boosted detection of genes highly expressed in the mouse model of glioblastoma, EGFRvIII. The DNA levels of EGFRvIII circulating in the bloodstream of the group that underwent sonobiopsy was 920 times greater than the group that underwent conventional blood-based liquid biopsy. Further, detection of another circulating tumor genetic marker, TERT C228T ctDNA, was 10-fold higher after sonobiopsy. In addition, the method improved diagnostic sensitivity from 7.14% to 64.71% for EGFRvIII and from 14.29% to 45.83% for TERT C228T. The team found no increase in tissue damage in the tumor region of interest after the sonobiopsy.
In the pig model, sonobiopsy boosted detection of EGFRvIII ctDNA by 270-fold and increased levels of TERT ctDNA nine-fold. It improved diagnostic sensitivity from 28.57% to 100% for EGFRvIII and from 42.86% to 71.43% for TERT C228T. No significant tissue damage was found.
"Our study showed that sonobiopsy enriched tumor-specific ctDNA in the plasma and improved the detection sensitivity for two glioblastoma phenotypes without posing significant safety risks," Chen said. "The integration of sonobiopsy with advanced blood analysis assays has the promise to provide minimally invasive, spatiotemporal-controlled and sensitive diagnosis of brain cancer."
This work is a collaborative effort involving members from both engineering and medical schools, including Leuthardt, chief of the Division of Neurotechnology and of the Center for Innovation in Neuroscience and Technology and professor of neurosurgery and of neuroscience at the School of Medicine, as well as of biomedical engineering and of mechanical engineering and applied science at the McKelvey School of Engineering.
"Besides neuroimaging and surgically-acquired tissue for pathology and molecular profiling, sonobiopsy has the potential to become the third pillar for brain tumor management by substantially advancing brain cancer diagnosis, treatment monitoring, and recurrence detection," Leuthardt said. "This enhanced capability could have an important impact throughout the continuum of patient care."
Source: Washington University in At Louis
Top image: Pixabay