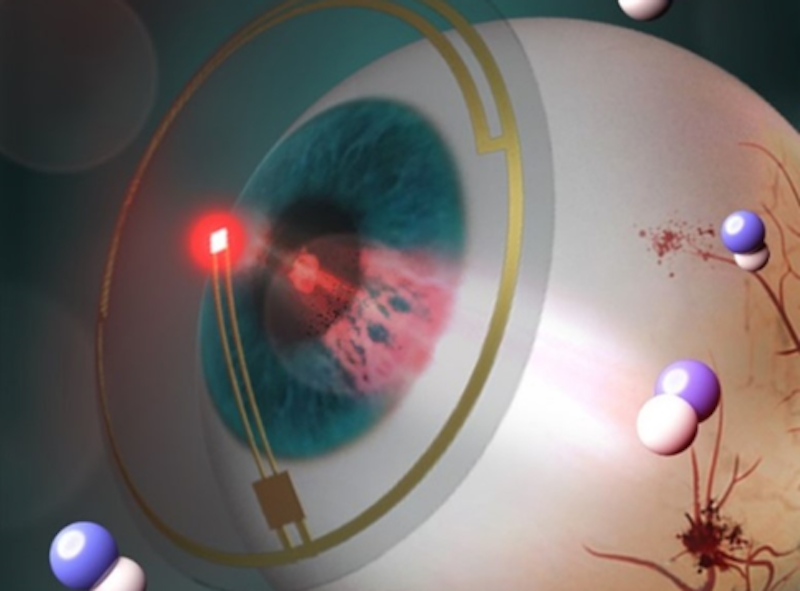 Diabetes is a long-term chronic disease with many complications and requires care over a lifetime. The longer a patient suffers from diabetes, the higher the risk of developing retinopathy which can progressively lead to a decline in vision and even to blindness.
A POSTECH research team led by Professor Sei Kwang Hahn and Ph.D. candidate Geon-Hui Lee (Department of Materials Science and Engineering) in collaboration with Dr. Sangbaie Shin of PHI BIOMED Co. has recently developed a smart contact lens-type wearable device to prevent diabetic retinopathy and treat it in its early stages by irradiating 120 µW far red/LED light to the retina. This technology for smart LED contact lens has attracted great attention for various ophthalmologic diseases. For further information see the IDTechEx report on Technologies for Diabetes Management 2019-2029: Technology, Players and Forecasts.
Diabetic retinopathy is currently treated by highly invasive repeated therapeutic injections to the eyeball or thousands of small burns made with a laser to destroy capillaries near the edges of retina under anesthesia. Both procedures are considered highly painful for the patient. Through the study with diabetic animal models, the researchers confirmed that the diabetic retinopathy did not appear in animals that wore the smart contact lenses for 15 minutes 3 times a week for a total of 8 weeks. In contrast, the animals that did not wear the lenses showed retinopathic conditions. The safety and effectiveness of the lenses were also confirmed by the histological analysis of the cornea and retina.
"This study has demonstrated the feasibility of a lens-type wearable device for the applications not only to monitoring oxygen saturation, heart beating rate, and ophthalmologic diseases, but also to treating depression, insomnia, neuronal diseases and more," remarked Professor Sei Kwang Han who led the study.
Source and top image: Pohang University of Science and Technology (POSTECH)