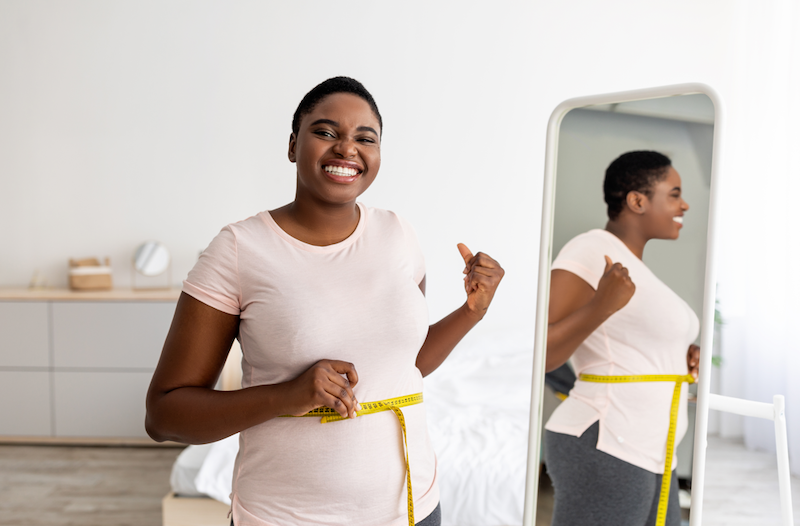 A small device that detects food craving-related brain activity in a key brain region, and responds by electrically stimulating that region, has shown promise in a pilot clinical trial in two patients with loss-of-control binge eating disorder (BED), according to researchers at the Perelman School of Medicine at the University of Pennsylvania.
The trial, described in a paper that appears in Nature Medicine, followed the two patients for six months, during which the implanted device—of a type normally used to treat drug-resistant epilepsy—monitored activity in a brain region called the nucleus accumbens. The nucleus accumbens is involved in processing pleasure and reward, and has been implicated in addiction. Whenever the device sensed nucleus accumbens signals that had been found to predict food cravings in prior studies, it automatically stimulated that brain region, disrupting the craving-related signals. Over six months of treatment, the patients reported far fewer binge episodes, and lost weight. For further information see the IDTechEx report on Bioelectronic Medicine 2019-2029.
"This was an early feasibility study in which we were primarily assessing safety, but certainly the robust clinical benefits these patients reported to us are really impressive and exciting," said study senior author Casey Halpern, MD, an associate professor of Neurosurgery and chief of Stereotactic and Functional Neurosurgery at Penn Medicine and the Corporal Michael J. Crescenz Veterans Affairs Medical Center.
BED is considered the most common eating disorder in the United States, affecting at least a few million people. It features frequent binge-eating episodes without the purging of bulimia, and typically is associated with obesity. The bingeing individual has a sense of losing control over eating, so that he or she continues to eat beyond the usual point of feeling sated.
BED episodes are preceded by cravings for specific desired foods. Halpern and colleagues, in a 2018 study with experiments on mice and humans, found evidence that distinctive low-frequency electrical activity in the nucleus accumbens arises just before these cravings—but not before normal, non-binge eating. The researchers stimulated the nucleus accumbens in mice to disrupt this craving-related activity whenever it occurred, and found that the mice ate significantly less of a tasty, high-calorie food they otherwise would have gorged themselves upon.
The device the team used to record signals from and stimulate the brains of the mice is commercially available and approved for treating drug-resistant epilepsy. It is surgically placed beneath the scalp, with wires running through the skull to the nucleus accumbens in each hemisphere of the brain.
The new study was a preliminary test of the same device and strategy in human subjects. Halpern's team fitted each of two severely obese BED patients with the brain-stimulation devices, and, for six months, recorded signals from the devices. At times, the patients were in the laboratory, presented with buffets of their favorite foods—fast-food and candy were common items—but mostly they were at home going about their daily routines. The researchers could film the patients' binge-eating episodes in the lab, and when the patients were at home, they self-reported the times of their episodes. The scientists observed that, as in their prior study, a distinctive low-frequency signal in the nucleus accumbens appeared in the seconds before the patients' first bites of their binge meals.
In the next phase of the study, the brain-stimulation devices automatically delivered high-frequency electrical stimulation to the nucleus accumbens whenever the low-frequency craving-associated signals occurred. During this six-month interval, the patients reported sharp reductions in their feelings of loss-of-control, and in the frequencies of their bingeing episodes—each also lost more than 11 pounds. One of the subjects improved so much that she no longer met criteria for binge-eating disorder. There appeared to be no significant adverse side-effects.
"This was a beautiful demonstration of how translational science can work in the best of cases," said study co-lead author Camarin Rolle, PhD, a postdoctoral researcher with Halpern's group.
The scientists have continued to follow the subjects for another six months, and have begun enrolling new patients for a larger study. They note that, in principle, the same treatment approach could be applied to other loss-of-control-related disorders including bulimia.
Source and top image: Penn Medicine