Tissue engineering - growing cells in three dimensions for the advance

Tissue engineering, broadly described as the combination of cells, engineering methods and biochemical factors to create living biological tissue, is a fast-growing field that has the potential to significantly accelerate the advancement of medicine. In IDTechEx's new report, Tissue Engineering 2018 - 2028: Technologies, Markets, Forecasts, the market for engineered living tissues is forecasted to reach $4.8 billion by the year 2028.
The most obvious application of tissue engineering is in regenerative medicine, a branch of medicine that seeks to repair or replace damaged or diseased cells and tissues. Since the late 1990s, engineered skin grafts have been used to help accelerate the healing process for patients with advanced wounds such as diabetic foot and venous leg ulcers, and serious burns. Similarly, engineered cartilage grafts have been used for over a decade to repair defects in patients' knees. We can imagine that in the far future, patients will be able to receive engineered organs, rather than wait for a matching organ to become available for transplant.
In the near term, researchers continue to improve the healing ability of engineered skin and cartilage, and new tissue types are also in development. These may begin to have significant impact on improving human lives within the next 5 years. Just this year the United States Food and Drug Administration has launched a program called the Regenerative Medicine Advanced Therapy designation, which was designed specifically to expediate life-changing, if not life-saving, biological products such as engineered tissues to patients. Under such a program, we may see an even more rapid commercialization of this exciting class of therapeutic than we have previously predicted.
Though the term "tissue engineering" is closely associated with regenerative medicine, the ability to artificially create living biological tissues has much wider-reaching implications than the repair of organs. By being able to replicate native structure and recapitulate function in the laboratory setting, researchers can use these engineered tissues to safety and humanely investigate the effect of drugs and other chemicals which may potentially be toxic and harmful. In reverse, tissue engineering can be used to create models of diseased tissues so that researchers can understand the underlying mechanism of the disease and to develop an appropriate therapy. 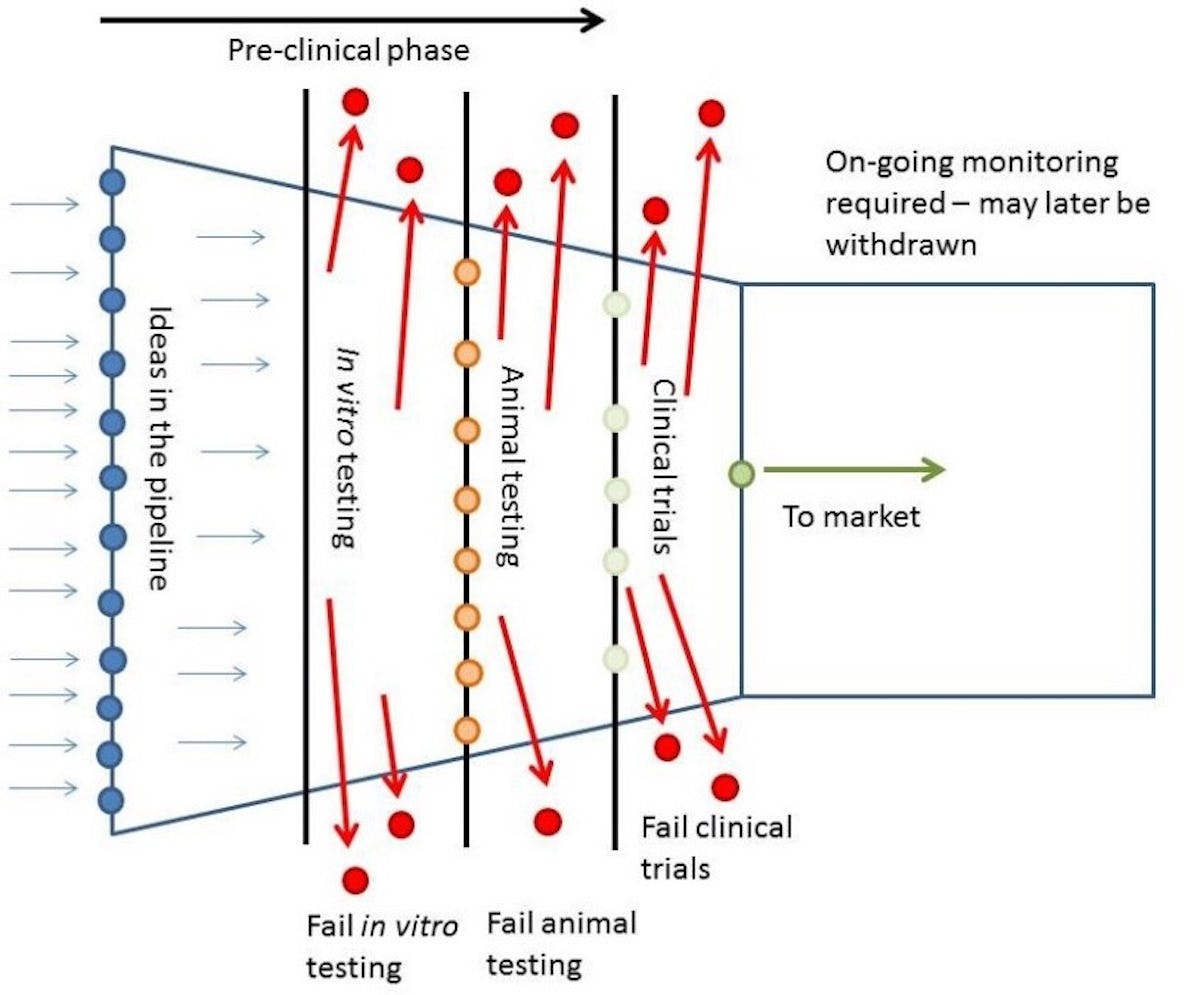 Schematic depicting the drug development process. Use of engineered tissues in preclinical testing can help catch safety issues earlier on to avoid costly clinical trial and market failures. Source: IDTechEx.
Using engineered tissues, pharmaceutical companies can expect to accelerate their drug development timelines and to potentially save billions of dollars in the process. Tests on engineered human tissues have the potential to replace traditional cell culture and animal studies, both of which often provide unreliable results due to dissimilarity to human physiology. By predicting the safety and efficacy of the drug in preclinical studies, resources can be focused to pursue the most promising therapeutics, and dead-ends can be identified and discarded before significant money has been invested.
IDTechEx's report, Tissue Engineering 2018 - 2028: Technologies, Markets, Forecasts, covers the above applications for engineered tissues, associated business models, markets, and forecasts to 2028. The report is complemented by a discussion of the wide range of techniques and technologies that can be used to fabricate living biological structures. These techniques can be as simple as mixing cells in a polymer solution and allowing the mixture to set into a 3D structure, or they can be as complex as the controlled deposition of cells by a 3D bioprinter.
For more information about the exciting opportunities for tissue engineering, please see www.idtechex.com/tissue.