The Meat Industry is Unsustainable 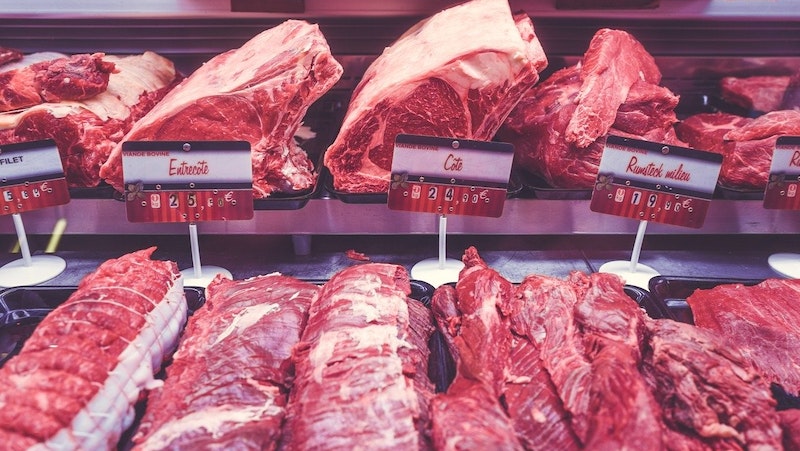 The meat industry is huge

Meat is big business. The global industry is worth over $2 trillion and JBS, the world's largest meat company, makes over $50 billion in annual revenue. In 2017, the US alone produced approximately 100 billion lbs of meat, with production growing at a rate of 2-3% per year. In 2016, the US meat and poultry industry accounted for $1.02 trillion in total economic output, representing 5.6% of US GDP. The industry employs 5.4 million people who earn $257 billion in wages. The US government heavily subsidises the meat and dairy industry, spending $38 billion a year in subsidies (the EU grants similar levels of subsidies to its meat and dairy industries). As such, meat is very cheap in the USA, with 6.4% of consumer expenditure on meat, the lowest in the world. Whilst the rate of meat consumption has been slowing in years, the average American still consumed over 110 kg of meat per year in 2013, the second highest amount in the world behind Australia.

Data from the IDTechEx report "Plant-based and cultured meat 2020-2030: technologies, markets and forecasts in novel meat replacements".
This pattern is repeated across the globe. Global meat consumption has increased rapidly over the past 50 years. In 1961, Europe and North America were the dominant producers. Despite both regions more than doubling their production since then, Asia is now the world's largest meat producer. As countries industrialise, their populations tend to adopt more Westernised diets, with people eating much more meat.
Poultry production is the fastest growing segment of the global livestock industry. By 2020, 124 million tonnes of poultry is expected to be produced globally, increasing by 25% in the subsequent decade. This trend is consistent globally. Poultry is cheaper to produce than other types of meat and chickens are the most efficient meat animal at converting grams of feed to grams of protein. Poultry also has fewer religious restrictions on its consumption than meats such as beef or pork. In August 2019, the US retail price for 1 kg of whole fresh chicken was $3.34; 1 kg of boneless chicken breast cost $6.53. To enable prices this low, the industry has invested heavily in standardising production - production facilities are identical, allowing cheap and rapid construction, and 99% of chickens are the exact same breed, so they do not vary in size, weight, etc.

Sustainability problems in the meat industry

The meat industry is facing some major sustainability problems. Animal livestock uses a disproportionally large amount of land. Of the 51 million km2 of agricultural land, 77% is used for livestock and feeding livestock. Despite this, only 17% of global caloric consumption comes from animals, with plant-based foods supplying 83% of global caloric intake. Only 33% of global protein intake comes from meat and dairy.
The world's population is expected to reach 10 billion by 2050. Feeding this many people will require an increase in global food production of 70%. However, major crop yields have been plateauing over the last decades. Over the last 50 years, selective breeding has pushed animals to their biological limits - US chickens now have such large breasts that they struggle to stand when fully grown. Significant increases in agricultural efficiency are unlikely. This is compounded with dwindling agricultural land, as urbanisation and climate change reduce the amount of land available for agriculture without further deforestation.
Meat is a very inefficient source of nutrition. Chicken is the most efficient form of meat, but still requires 9 calories of energy to produce 1 calorie of meat and 5 g of protein to produce 1 g of protein. Pork is less efficient, requiring 10 calories of feed to produce 1 calorie of meat. If the world adopted an entirely plant based diet, current agriculture could easily produce enough food to feed the growing population.

Data from the IDTechEx report "Plant-based and cultured meat 2020-2030: technologies, markets and forecasts in novel meat replacements".
The meat industry is also a major source of environmental damage, with the UN describing animal agriculture as "one of the most significant contributors to the most serious environmental problems, at every scale from local to global". Agriculture is a major source of greenhouse gas emissions, with carbon dioxide from soil cultivation, methane from livestock and nitrous oxide from fertiliser and manure being major contributors. Expansion of livestock production is a major factor in deforestation, particularly in Latin America, where 70% of previously forested land in the Amazon is occupied by pastures. Animal agriculture is a major contributor to soil degradation across the world. Animal agriculture is a major contributor to water stress, with livestock accounting for over 8% of global human water use. Antibiotics, fertilisers and pesticides run into rivers and oceans, causing eutrophication, coastal "dead" zones and degradation of coral reefs. Pollution associated with animal agriculture and habitat destruction from pasture creation is a major threat to biodiversity, with the loss of species estimated to be running 50 to 500 times higher than would be expected from the fossil record.

What can be done?

Whilst many of the problems associated with animal agriculture could be solved by large percentages of the world's population giving up meat, this seems extremely unlikely, regardless of the environmental or ethical reasons. As such, there is a large opportunity for any company that can create a realistic substitute for meat products.
Any substitute would need to be almost indistinguishable from conventional meat, have at least price parity with corresponding meat products, and be widely available. Two particularly promising industries have grown at a rapid pace over the past few years: plant-based and cultured meat.
The latest report from IDTechEx "Plant-based and cultured meat 2020-2030: technologies, markets and forecasts in novel meat replacements" by Dr Michael Dent, discusses the problems of today's meat industry and introduces plant-based and cultured meat, providing technical and market insight into the future of the world's meat supply.
Top image source: Pixabay
Learn more at the next leading event on the topic: Healthcare Sensor Innovations Europe 2020

Plant-Based Meat: An Outlook For 2020
Synthetic biology in agriculture
Digital Farming: Why its Time for Agriculture to Embrace IoT
Can Vertical Farming Revolutionise Global Agriculture?