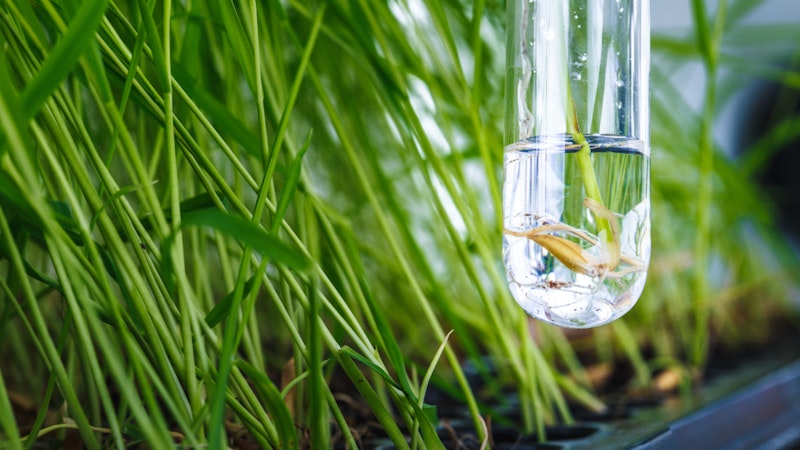 Feeding the World with Genetic Technologies: Technologies and Policies. Dr Michael Dent shares some of the research from the brand new IDTechEx report, "Genetic Technologies in Agriculture 2020-2030".
For more information on this report, please visit www.IDTechEx.com/GeneticAgri
Genetic Technologies in Agriculture 2020-2030: Forecasts, Markets, Technologies
Genome editing (CRISPR, TALENs, ZFNs), Transgenics (GMOs), Synthetic Biology, and Breeding in Crop Agriculture: Technology and Market Analysis
By Dr Michael Dent
21st century agriculture is facing some major challenges. The global population is set to increase to over 10 billion by 2050, something the UN estimates will require a 70% from today's global food production. At the same, resources are dwindling - the loss of agricultural land stemming from climate change and urbanisation coupled with plateauing crop yields will present major challenges to every nation on Earth.
Genetic technologies in agriculture 2020-2030, a new report from IDTechEx, explores the use of biotechnology as a potential solution to these challenges. The report provides in-depth technical and market insight into the different genetic technologies used in crop agriculture, including transgenics (GMOs), genome editing techniques (CRISPR, TALENs, ZFNs, etc.) and breeding strategies, while also exploring the regulatory and industrial landscapes in which they operate. The report forecasts the future of the industry over the next decade, identifying genome editing technologies as a key growth area.
This is not the first time that world has faced a food crisis This is not the first time that the world has faced a food crisis due to plateauing yields and growing populations. In the 1960s, famine threatened much of Asia, with Paul Ehrlich's 1968 bestseller "The Population Bomb" predicting that famines centred in India would kill hundreds of millions across the following decades.
This bleak future was mostly avoided, largely thanks to the Green Revolution. Using selective breeding, American biologist Norman Borlaug created a high yield strain of wheat that led to more grain per acre, significantly boosting Mexico's agricultural output. Soon, similar strategies were used in India to develop high yield IR8 rice. These selective breeding strategies, alongside advances in fertiliser and mechanisation technologies led to a boom in global food production, with cereal production in Asia doubling between 1970 and 1995.
Selective breeding is just one of many techniques for manipulating the DNA of plants in agriculture to create improved seeds and traits. Over the past few decades, the genetic engineering tools available to scientists has expanded to include methods such as mutagenesis and transgenic breeding, the technique used to develop "genetically modified organisms" (GMOs). However, in recent years, technological advances such as next generation DNA sequencing and gene editing techniques such as TALENs, ZFNs and CRISPR-Cas9 have vastly expanded the capabilities of genetic engineering. This has led to much excitement in the field of agricultural biotechnology, with proponents hoping that modern genetic technologies could help usher in a new Green Revolution of agricultural productivity. Synthetic biology and manipulation of the crop microbiome could open a huge window of opportunities for boosting yields in previously inaccessible ways.
The report assesses the following:
The report is based on extensive research into the sector, including analysis and data from over 20 companies, including Bayer (including Monsanto), BASF, Syngenta (ChemChina), Corteva Agriscience, Calyxt, Ginkgo Bioworks, Pivot Bio, and AgBiome.
For more information on this report, please visit www.IDTechEx.com/GeneticAgri or for the full portfolio related research available from IDTechEx please visit www.IDTechEx.com/Research.
IDTechEx guides your strategic business decisions through its Research, Consultancy and Event products, helping you profit from emerging technologies. For more information on IDTechEx Research and Consultancy, contact research@IDTechEx.com or visit www.IDTechEx.com.