Could Vertical Farming be the Solution to Supermarket Supply Problems

Empty supermarket shelves have become a common sight in recent weeks, as the world continues to deal with the fallout from the coronavirus pandemic and worries about food shortages continue. Supermarkets are struggling to cope with surging demand stemming from panic buying, with customers stripping shelves bare within hours of supermarkets opening. Although many in the industry expect shopping patterns to eventually return to normal, former Sainsbury's CEO Justin King recently told Channel 4 that empty supermarket shelves could persist for several months, with supermarkets struggling to overcome logistical problems. 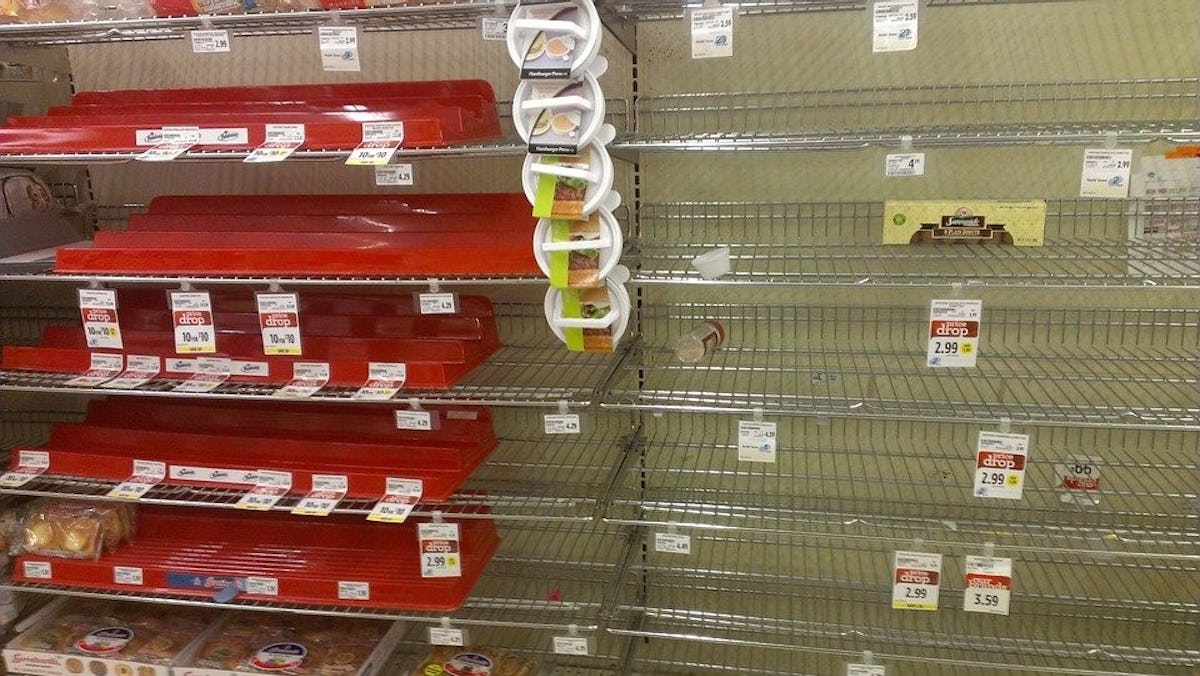 Empty supermarket shelves have become a common sight in recent weeks.
The coronavirus pandemic has highlighted wider concerns about the security of the notoriously complex supply chains that modern supermarkets rely on. There are several middlemen standing in between the farmer and the consumer, each adding inefficiencies and wastage to the process. Food often travels a long way to reach consumers. Half of the food consumed in the UK comes from abroad, with 30% coming from the European Union, with staples such as flour and lamb often travelling thousands of miles to reach supermarkets. In the USA, most fresh produce is grown in California and can take two weeks to reach consumers, requiring multiple forms of transportation and going via large, centralised facilities that are prone to contamination.
This issue is compounded by the "just in time" delivery model used by almost all major supermarkets. Rather than using large stock rooms, supermarkets now rely on suppliers to send items directly to distribution centres, which are then put straight onto the shelves. This means that if there are any problems with deliveries or surges in demand, there is no back up stock. This is exactly what many shoppers across the world are currently experiencing - the food supply is there; it's just not getting to the supermarkets quickly enough. 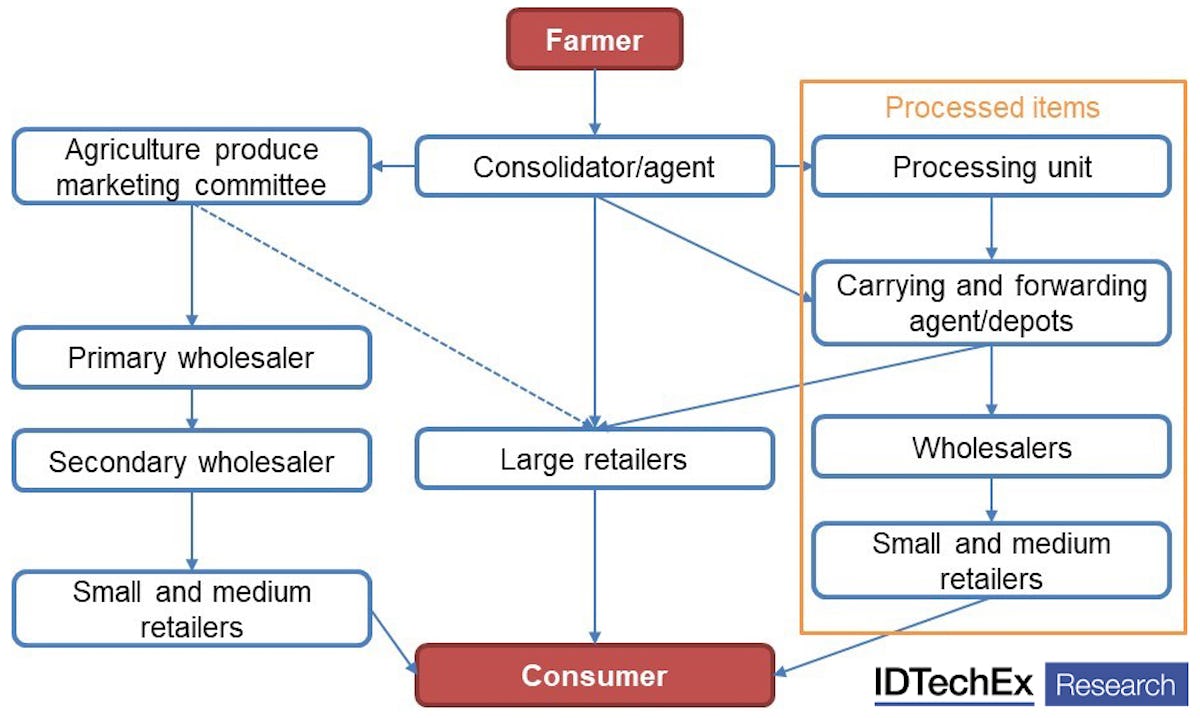 The supermarket supply chain is notoriously complex, with a large distance between the farmer and the consumer. Source: IDTechEx report "Vertical Farming 2020-2030".
The solution to this problem is complex and will require a multifaceted approach to ensure that supermarkets can remain fully stocked, while also remaining competitive. One aspect of a solution could be vertical farming, a technique where crops are grown indoors in stacked trays under controlled conditions including hydroponic nutrient supply and LED lighting designed to deliver the exact light spectrum needed for photosynthesis. Vertical farming can produce crop yields hundreds of times higher than the same amount of horizontal agricultural land with much quicker growing periods and because it doesn't require arable land to grow crops, vertical farms can be set up right next to urban population centres. For example, New Jersey start-up AeroFarms currently operates America's largest vertical farm, producing 2 million lbs a year of fresh produce in a 70,000 square foot facility in Newark, with fresh produce reaching supermarket shelves in New York City within a day of harvest. The recent IDTechEx report "Vertical Farming 2020-2030", provides an in-depth discussion of the technologies and markets behind vertical farming.
Although there are many legitimate concerns about the sustainability and cost effectiveness of vertical farming (see "Vertical Farming 2020-2030" for a detailed economic analysis of vertical farming), it has the potential to seriously disrupt the current fresh produce supply chain, reducing the miles that food must travel before it reaches consumers and shortening the distance between farmer and consumer. Vertical farms could be set up in or around supermarket distribution centres, delivering large quantities of fresh produce to consumers within a day of harvest, circumventing the logistical challenges currently facing supermarkets. German vertical farming start-up Infarm has taken this a step further, developing turnkey vertical farms that can be installed inside supermarkets, meaning consumers can even pick the produce themselves.
Supermarkets are already taking notice - in 2019, online supermarket Ocado bought a 58% stake in British vertical farming start-up Jones Food Company, with the intention of setting up vertical farming facilities close to its distribution centres. The company has also recently formed Infinite Acres, a joint venture with greenhouse automation company Priva and vertical farming start-up 80 Acres, aiming to develop turnkey vertical farming systems that can be set up almost anywhere. In 2019, British retailer Marks & Spencer partnered with Infarm to bring its vertical farming platform into its London stores, joining the more than 25 retailers across Europe already using Infarm systems, including Metro, Casino, Selgros and Amazon Fresh.
It's unlikely that vertical farming will be developed in time to impact the current crisis around coronavirus. However, with its promise of rapid, hyper-local production, vertical farming could soon form a vital part of the world's fresh produce supply, helping to mitigate logistical issues around food supply in the next major crisis. To read more about vertical farming, the science behind it and the outlook for the future, see "Vertical Farming 2020-2030", a new report from IDTechEx.
Top image source: Intelligent Growth Solutions